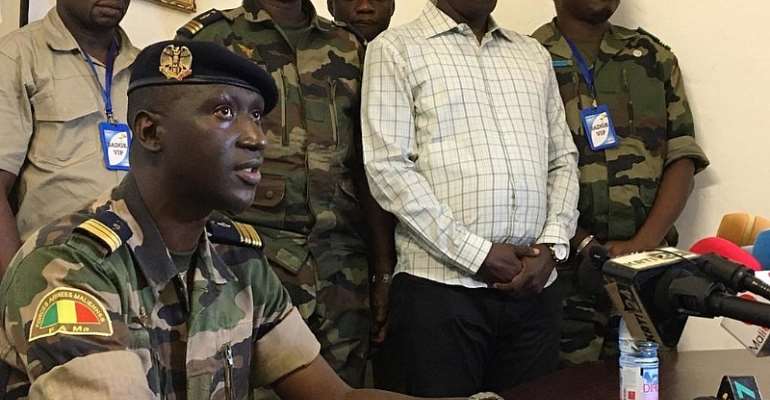 Mali's military junta is to hold talks on Saturday to begin hammering out details of a transition to civilian rule after growing regional pressure to yield power since it ousted President Ibrahim Boubacar Keita.

The West African country has long been plagued by chronic instability, a simmering jihadist revolt, ethnic violence and endemic corruption, prompting a clique of rebel colonels to detain an elderly Keita last month.

They pledged to step down after an undefined transition period, but the putsch has prompted Mali's neighbours and former colonial ruler France to demand a swift transfer of power, with fears the crisis could impact neighbouring states.

The 15-nation Economic Community of West African States (Ecowas) regional bloc has imposed sanctions and closed borders to Mali as part of efforts to press the junta into handing over power quickly.

Saturday's summit was originally planned for last weekend but was called off at the last minute after a quarrel between the military and the June 5 Movement, which spearheaded the protests that led to the toppling of president Keita.

The opposition coalition of civil and religious leaders has demanded that the military rulers give it a role in the transition to civilian rule, but was not invited for transition talks last Saturday.

It has now been included for the rescheduled talks on Saturday and Sunday, along with political parties, former rebels, unions, civil society organisations and media representatives.

The weekend talks, chaired by junta leader Colonel Assimi Goita, are set to begin at 9:30 am (0930 GMT) Saturday in the capital Bamako.

Parallel talks will take place in regional capitals, led by regional governors, according to the junta.

Members of the Malian diaspora will also have their say, according to a spokesperson for the National Committee for the Salvation of the People (CNSP), as the junta is known.

One of the key issues will be the length of the transition to civilian rule.

The June 5 Movement led the protests against Keita for weeks before he was removed from power after seven years in charge.

It fears the junta is hijacking the coup and is demanding equal billing during the transition period.

Influential imam Mahmoud Dicko, a key player in the mass opposition protests that led to Keita's ouster, has insisted that the junta does not have "carte blanche".

"We led the fight. People have died and the soldiers who have completed (this fight) must keep their word."

Mali's security situation had deteriorated in the lead-up to the country's fourth coup since it became an independent nation 60 years ago.

The ill-equipped army has the Herculean task of securing an area two-and-a-half times the size of France from different groups allied to Al-Qaeda or the Islamic State and various militia groups -- some fighting for the government and others against it.

At least 10 Malian soldiers were killed in an overnight ambush in a central region near the Mauritanian border where armed jihadist groups are rampant, security and local sources said Friday.

It was the third time Malian security forces have suffered heavy losses since the military took power.

Tunisians in largest rally against president's 'coup'
39 minutes ago