Politics Of Insults!!! A Disincentive For Level-Headed Participation In Nation Building 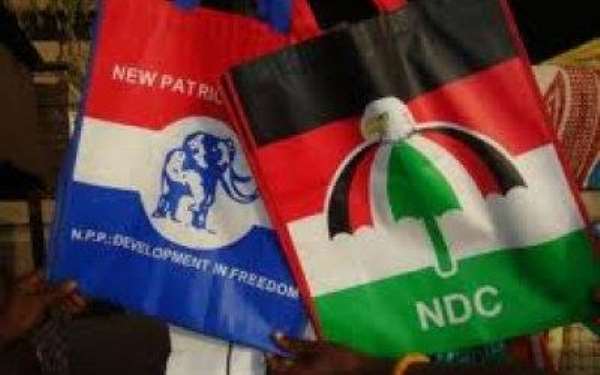 If you want to know where your grandfather was buried- Enter into mainstream politics”.

“If you want to know all the debtors of your great grand-parents, join the political landscape”.

These two expressions are a reflection of the nature and manner in which politics is being practiced in Ghana and other parts of the continent. People who have toiled so much in public service or private life are tainted once they get into mainstream politics.

Ordinarily, persons we may not even have the opportunity of serving at their feet are insulted, abused verbally just because they have accepted a call to serve their country in politics.

“Political Neutrality” seems not to exist in our modern-day politics. Individuals, religious leaders, civil society organizations, traditional leaders, and academics hardly express their opinions on very pertinent and crucial issues of national interest. This is to avoid the political tag, insults, and abuse that are often unleashed on them by political actors when a dissenting view is expressed.

If our traditional rulers, religious leaders, and other well-meaning Ghanaians cannot step in to calm political tension, then our country is gradually entering into an abyss. As a relatively younger person, I have always known that, when issues get out of hand, we rely on the “elderly” to calm tension.

Sadly, the majority of our “elders”, have been silent on national issues in order to protect their “dignity”. The few ones who speak have either endorsed one political party or the other, shown extreme bias, and losing their credibility day by day. Let me hasten to add that, there still exist a few of these statesmen who have distinguished themselves above partisan politics and demonstrated national interest in all their discourse.

There is nothing more insulting and offensive when people suggest by virtue of your academic qualification, professional competence, religious or ethnic inclination, you should and cannot ascribe to a certain class of political ideology of your choice.

One Wednesday morning as a graduate student in a policy class just before our professor stepped in, the class was engaged in a discussion on a crucial national issue in Ghana which appeared to be a norm with my mates every day. After my submissions, two of my “very good friends” and mates jovially and rhetorically asked me, ‘How can a fine gentleman like you belong or associate with this political ideology”?

How on earth will a graduate student be associated with this party?” Even though I took it lightly, but that shows the extent to which our politics is being practiced. I said to myself later that evening that “so fine gentlemen and graduate students cannot associate themselves with a political ideology of their choice to share ideas on nation-building again?

This trend undoubtedly is a recipe for underdevelopment. This trend has kept many level-headed persons out of the political landscape. How do we expect to develop when we keep on pushing people away from politics with our “loud-mouth”? How do we expect to develop when “fine brains” with a proven record of competence and integrity are kicked away from public policy formulation and implementation due to the verbal abuse that has characterized our politics? How can we progress when we cannot accept constructive criticism or alternate ideas but “push them into the drain”?

The most worrying aspect of the insults in politics is the abuse women and ladies suffer when they accept to serve their nation in government. Some women are branded as “prostitutes” or “sex-slaves” after earning a position in government. Sadly, once a lady is appointed to serve, sexual connections are mysteriously made with the appointing authority or a close ally of the appointing authority. Anytime I hear of such, my heart bleeds for my dear country Ghana…

In my relatively younger life, I have been politically conscious and mindful of national issues for at least the past decade. I have spent time watching documentaries and reading about earlier political actors, their vision and dream for Africa. Notable among them are Dr. Kwame Nkrumah, Prof. K. A. Busia, Thomas Sankara, Haile Selassie, and Julius Nyerere. I know they may be extremely disappointed with us with the impunity and moral decadence which has engulfed a rather “sacred and noble” duty due to insults and political thuggery. Probably, they should have aborted the idea of political independence and allowed us to enjoy our “political slavery” with moral uprightness instead of political independence full of bitterness, insults, and total disregard for each other as we are experiencing.

“We shouldn’t get to the level where we think that to be a politician you must insult people. I don’t think so. When the fabrics of society get weak, none of the policies will help you. Our parents didn’t raise us to go insulting people”- These beautiful words of Prof. Naana Jane Opoku Agyemang sets a tone for a good discussion on the impunity and moral decadence that has engulfed ‘modern-day politics” in Ghana and the world and the need to take a rather quick turn from politics of insults and embrace politics of ideas.

As a student of Public Administration and Development Policy and Planning, I have encountered earlier scholars in politics and public policies in my studies and profession such as Wilson Woodrow, Frank Goodnow, Thomas Dye, and James Anderson among others.

One interesting model by these scholars in Politics and Public policy is the “Politics- Administration Dichotomy model. Three schools of thought have expressed varied opinions on this model. With the first school of thought advocating for a strict separation between politics and administration. Woodrow in his book “The Study of Administration” in 1887 argued that politicians should solely focus on policy formulation whiles its implementation should be solely handled by public administrators (bureaucrats and technocrats).

In affirming his argument, he suggested that “administrative questions are not political questions, public administration must be removed from the hurry and strife of politics”. The second school of thought also argued that bureaucrats or technocrats should be engaged in policy formulation due to their technical competence together with politicians while the implementation of policies should be handled by only the technocrats without any political interference. The third school of thought often referred to as the complementarity model argues that, both politicians and public administrators should join forces in the formulation and implementation of public policies.

For me, this should be the way to go in politics if we want to develop. We should be engaging in academic, thought-provoking and needful arguments such as the politics –administration dichotomy that will shape policy formulation and implementation instead of celebrating political actors with the “sharpest tongue and loudest mouth”.

Instead of spending time on social media, radio, and television denigrating our politics with insults, we should spend time thinking, researching, and promoting ideas and models that will shape our political discourse just as what earlier scholars like Frank Goodnow and Wilson Woodrow did…..

As we prepare ourselves for election 2020, let us be civilized in our discourse, let us engage in the politics of ideas and not insults. Let us respect the political opinions of others. I pray for a peaceful election and campaign devoid of insults and political thuggery. God bless our homeland and make our nation great and strong.