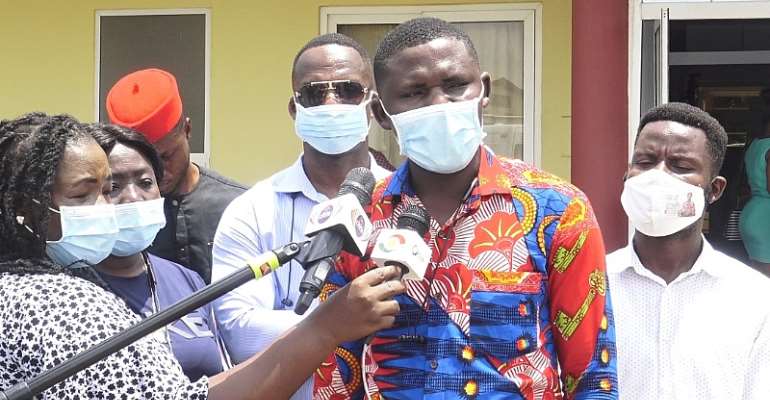 The Ghana National Council of Private Schools (GNACOPS) has kicked against plans by the National Board of Small Scale Industries (NBSSI) to pay the stimulus packages directly to private school teachers.

According to the Council, that was not the original agreement when they applied for the COVID-19 soft loan.

After several meetings with the NBSSI concerning the procedures required for them to access the loans, the Board is now demanding payment vouchers of teachers in order to effect direct payment to them.

In an interview with Citi News after presenting a petition to the President at the Jubilee House on Thursday, Head of Human Resources for GNACOPS, Prince Entsie says the loans should be given to the schools as originally scheduled.

He makes a case that the loans are not intended for the sole purpose of paying teaching staff but also for maintenance and preparation towards the reopening of schools.

“When we gave them the update from NBSSI that they say the money now is going to be paid directly to the teachers, they said how can they say that because from the onset we haven't had any discussion like that. It's the school that is accessing this loan, not the teacher.”

“The money should be given to the schools so that they can equally give a share to the teachers to cater for themselves and then they can also use part of the money to put things in order so that when schools reopen they will be in [good] shape,” he argued.

The Deputy Director of State Protocol, Philip Kofi Aning, who received the petition on behalf of the President, assured the Council that their concerns would be directed to the appropriate quarters for redress.

“I will make sure that this petition gets to the office of the President through the Secretary of the President and then I know in due course, you will have the appropriate response. I just entreat that we all calm our nerves. I know this will receive the attention that it deserves,” he said.

The outbreak of COVID-19 in Ghana, which led to the closing down of schools and businesses, elicited the rolling out of some social interventions by the government.

One of such interventions was the disbursement of stimulus packages for micro, small and medium enterprises that had been hit hard by the pandemic across the country.

Schools that were not exempted from the categorization done applied to benefit from the package.

However, the Ghana National Council of Private Schools has raised concerns over the procedure required of them in order to benefit from the intervention.

They have, therefore, resorted to petitioning President Akufo-Addo over these concerns.