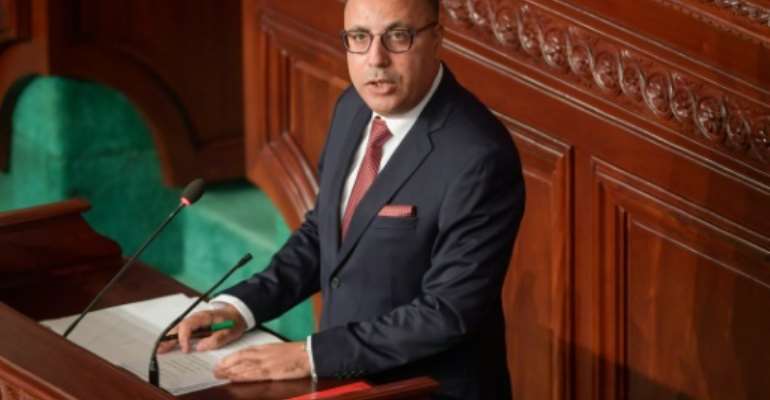 Saied has designated as premier the former interior minister Hichem Mechichi, who has promised to revitalise the tourism-reliant economy that has been hit hard by the coronavirus pandemic.

Mechichi, 46, was named in July to lead the small North African country's third designated government in less than a year, replacing Elyes Fakhfakh, who resigned over claims of conflict of interest.

His chances rose hours before the crucial vote, expected in the evening, as the Islamist-inspired Ennahdha party, the biggest bloc in parliament, said it would grudgingly back him "despite reservations".

Political scientist Chokri Bahria, from the think tank Jossour, said "it seems clear that the government vote will pass, with a support base that should allow it a few months of stability".

Tunisia has been praised as a rare success story for the Arab Spring uprisings that swept the region in 2011, bringing down its long-time president Zine El Abidine Ben Ali.

But it is now mired in social and economic crisis, with the official unemployment rate at 18 percent, and in need of new assistance from the International Monetary Fund.

Tunisia's tourism-reliant economy that has been hit hard by the coronavirus pandemic . By FETHI BELAID (AFP)

Parliament is deeply divided and many lawmakers, even in the president's camp, are angry that Mechichi bypassed the major political factions in building his cabinet.

Mechichi, a lawyer by training, has named judges, academics, public servants and business executives for what the local media has dubbed "the president's government".

Ennahdha and others have instead demanded a "political" government that reflects the balance of parties and factions in parliament.

If Mechichi fails to win the minimum 109 out of 217 votes, Saied could dissolve the assembly and call new elections for early next year.

The chairman of Ennahdha's advisory board, Abdelkarim Harouni, said the party would back Mechichi "given the difficult situation of the country" but would then seek to "develop and reform this government".