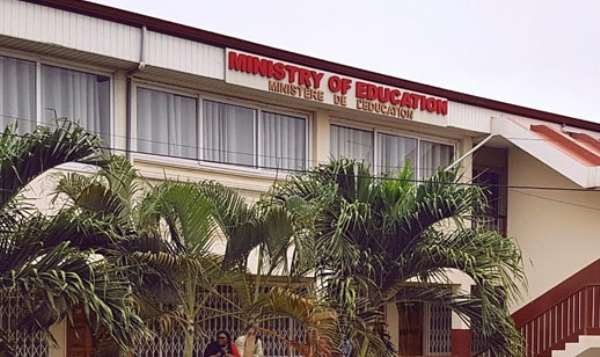 The Early Childhood Education Association has called on government to reconsider its decision to hold off on the resumption of the 2019/2020 academic year until January 2021.

Speaking on Eyewitness News, the association’s President, Paul Osei-Tutu, said the new timelines from the government were “a big blow and very disappointing.”

Given the “hardship” private schools have gone through “we are pleading with the President to rescind the decision and come and add the other streams to the 5th October [resumption date for second-year students in JHS and SHS,” Mr Osei-Tutu urged.

He also said the announcement, made by President Akufo-Addo on Sunday, was on the blindside of private schools despite them being part of the committee working towards the reopening of schools.

Mr Osei-Tutu raised concerns with the basis for the government’s decision to allow only second-year students in JHS and SHS to return to school in the short term whilst the rest waited until 2021.

He felt it was inconsistent with guidelines for the reopening of Ghana’s airports to international flights.

“What science and data did they use to determine that when travellers come inside the country five years and below kids will not be tested? How is it different from our [school] kids?”

“On which science and data did the government depend on to anticipate that in January 2021, the stream would be open? It means there is a missing link,” he added.

He also complained that the fees from just second years “cannot be sufficient to cater for the salaries of these JHS teachers.”

Mr Osei-Tutu further decried the lack of support from major teacher unions like the National Association of Graduate Teachers (NAGRAT).

“They would have put pressure on the government by saying it was time the government open all streams of schools but because we are a private sector, nobody is talking for us and it is pathetic.”

Also speaking on Eyewitness News, the President of NAGRAT, Angel Carbonu said his outfit was also in the dark about the government’s course of action.

“We are not privy to the recommendations of that committee which informed the position announced by the President.”

He was however resigned to the timelines provided by the state and urged teachers to plan accordingly.

“The first act of self-preservation is most important and that whatever you have to do as a teacher to preserve yourself and stay alive, you will have to do.”

Despite the long layoff from academic activities, Mr Carbonu was confident that students will be able to catch up with the help of teachers.

“Our versatility and the level of training that we have is capable of turning things around. We have done it in history and we should be able to do it again,” the NAGRAT President said.