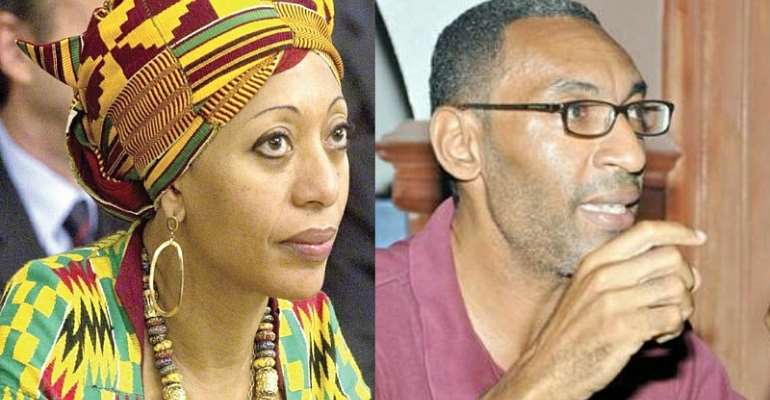 Sekou Nkrumah has declared support for his blood sister, Samia Nkrumah who will be contesting the Jomoro constituency parliamentary seat as an independent candidate in the December 7 general elections.

The former MP says her decision not to contest on the ticket of the CPP again is to uphold his father, Dr Kwame Nkrumah's legacy which claims have been thrown away by her former party.

However, in support of his sister, Sekou said in a Facebook post that he would support independent parliamentary candidates including Samia Nkrumah.

"It is time we think differently, I am therefore supporting all independent candidates, (both presidential and parliamentary)," portion of Sekou's statement reads.

According to Sekou, the days where one will vote for opposition political party to come to power just because of the failure of the ruling party is over. He added that those voting pattern always often prove useless.

"I am no longer interested in supporting the opposition part just because the party in government is not doing well!" he stated.

Sekou further calls on Ghanaians who are tired and sick of the monopoly of the ruling New Patriotic Party (NPP) and the opposition National Democratic Congress (NDC) to follow his path by supporting independent parliamentary and presidential candidates who will contest in the upcoming general elections.

"This new movement should be embraced by every Ghanaian who is sick and tired of this NPP and NDC monopoly!" he emphasised.