Of Grandstanding Pontificating Theatrics - True Advocate or a Generational Underminer? 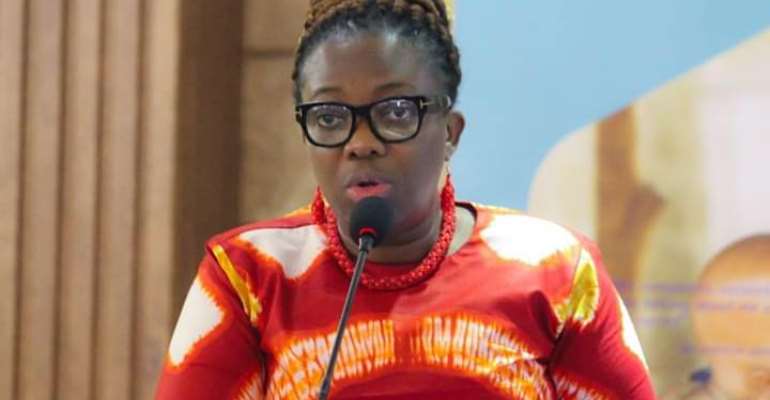 I normally would not do this as I definitely prefer to not respond to any form of grandstanding but rather concentrate on my work. But this is a very necessary quid pro quo that comes as a result of the unwarranted bully assault on my person by someone who should know better.

Thanks for all the calls received from concerned friends and relatives. Though at the end of the day, the main issue you all wanted to get clarity on was what went wrong? Everybody’s shock is understandable because this attack came from someone everybody knows as one of my closest friends. My simple answer here is - nothing happened. Nothing at all. My Sister Friend, Nobel Laureate Madam Leymah Gbowee and I have had no beefs, no fights, no misunderstandings of any kind. At least not that I know of. To put things into context, here’s a quick back drop for those who might not know: we've known each other since high school, got really close during the war years, were at each other’s weddings, she actually was one of my bridesmaids, she holds the coveted role of Godparent in my family and, we call each other's moms mama. That's how deep it goes. We have never been in a "keeping speech" situation ever. We both have unfettered access to each other.

Now before I move any further, I will like to ask that those with a differing opinion than hers, please refrain from going after her in anyway; this is a sister-to-sister conversation that she initiated; and I am much obliged.

First and foremost, RAPE is an issue that I take very seriously and no one should ever be accused unjustly of being an enabler of rape. I know that Politics is interest – but to use this serious scourge to gain points against anybody, shows one’s true colors. Now Sis, remember when you became a Nobel Laureate, the people YOU called YOUR friends stood alongside you, were there for you, placed their arms around you and supported you. NO lessons learned there for you? The least you can do is reciprocate in an authentic way.

Sadly, as a woman who won her laurels on the backs of others, based on advocating for women, you have failed to see in your actions, the same thing you have accused others of doing - trying their best to beat other women down, just for the hell of it - knowing full well that there is no truth to what you are saying; nevertheless, still pushing on in your falsities, for the lack of having anything else to say. However you, my sis, cannot and will not destroy me. That is not your place nor is it my portion. As you always say – being a blessed daughter of glorious Jesus - only in his own time can anything happen; and he sure does not listen to wicked prayers.

My dear sister - pray tell me, having been a Nobel Laureate for 9 long years, what is the hurdle you have in your way – that you cannot really, truly utilize your blessing from GOD to bless your country holistically, and see Liberia shine right now? Why is it that the only thing Liberians can get out of you, year in-year out is a pile of only negatives? I will not go back to your woes with the previous administration as that is not my business, but you and I know that this Weah- led administration opened up to you from day one, and showed you a hand of friendship, welcoming you as a leader from within our generation, blessed with a huge platform - to come in with your own ideas too to help move the country forward. Yet you choose to snub that hand extended in true cooperation. You and I both know that you, my sister, were one of the first that I

called to inform of my preferment as Minister and to let you know that my doors are opened to you to help keep the Gender agenda on point. Yet you have refused to give of yourself. You profess to be this omniscient being, whereas we in this administration are a bunch of buffoons - what has been stopping you – what is really stopping you, from giving of this vast knowledge to your people, via this government, the past government, etc.? Since I am not doing my job, what has stopped you from reaching out with your savvy suggestions, emailing or calling me to show me how to do so? What is stopping you from using the same Whatsapp space we talk on ALL the time about all and everything? What has stopped you from making direct inquiries or making an effort? Please my Sis, you will not succeed in using me as a scapegoat in your bid to endear yourself where there is a lack. Liberia belongs to all of us and needs all hands on deck.

Especially people like yourself with wealth and connections. Stop ill-treating your country and really come back to base. You can do so much more for your people. Nobody has exiled you. Why is it that you cannot find it in your heart to see anything good of your country? For the huge platform that you have, the Foundation does not cut it. Per your own disclosure in your boastful rants, your reach is wide, your contacts are in excess. Use all of this for the good of your people nationally, Sis. Don't make this about you and me, because in your hearts of hearts you know the truth. Be truthful so that the GOD that you say you pray to daily can truly forgive you for this real mendacious situation you've played your hand into.

For once, use your international platform for national interest. It is truly sad Sis. Everyday women accuse you about being selfish and self-centered and being a person who only wants for herself and - over the years I have defended you, saying that you might have been misunderstood. But yet here we are today, in a baffling turn of events, whereby you are misguiding your selfish missile my way, choosing to pretend like you do not know the real and actual issues around societal ills in Liberia. Like you do not know the role of the Gender Ministry versus the role of all of the other SGBV duty bearers, actors, and the referral pathway in taking care of survivors and ensuring justice and protection for them.

The SHAME is actually on you, when you of all people will come and grandstand on the plight of an infant survivor and accuse me of politicizing her case? Tell me sis, who’s really doing the politicizing here? When did I do what you accused me of? Please refresh my memory and properly provide the full information to the public. And as you do that, also please educate the public about the job that I am NOT doing, that has got us here - to directly quote you – whereby rape, a worldwide scourge has all of a sudden become my invention. You my Sis, do not have the luxury to speak in riddles. Be clear. Be transparent. Be accountable for your words.

The SHAME is on Y.O.U, for using your platform to showboat and pontificate. I know you too well. Since you’ve already tried in every way possible to throw the kitchen sink, the mortar pestle and everything else that you can get your hands on at this government. Unfortunately, unlike the previous Administration that fell in your trap, we have not allowed your aim of expectations of an avalanche of negative backlash from us. Therefore she is now having the head scratching moment - trying to figure out what else she could do. And her most recent attacks on my person is her what next plan. Sis, you have had a lot to say over the past months outside of the public glare, but not outside of my knowledge, and your continued attacks on my character

on issues you have no interest in actually getting to the bottom of, is really not cutting it. Try something else. Some of our mutual acquaintances are calling to express disappointment –

saying, “oh it is too sad, she stabbed you in the back” and to that – I’ve told them nope, she did not. Because, in order for a person to stab you in the back, it means they are exposing some deep dark secret of yours that they were not expected to tell. In this case in point, my sister is simply trying this on for size, to see if it fits. Yep. Oh and I did copy the code sis. Very clearly. Never thought the day would come to see you stoop this low.

And all for what? Your presidential ambition? Yes! Let’s go to the actual issue. You are making accusations about playing politics? Who’s more political than you? Even if Jesus Christ and the angels come down to run Liberia you will still find incessant faults. Do not use the space of Civil Society as your political platform and carry out political work in a CS space. Borrow a page from Macdella Cooper, who, once interested in politics, removed herself from the CSO space and fully immersed herself into politics. Go ahead and establish your own political party or even, better yet, officially join the Unity Party – your party of choice - and take your platform to the Liberian people. Your presidential quest is the actual issue here. Why is your advocacy always only about bringing your friends down? You have to stop your pattern of using others for your personal glorification Sis; you cannot let your ambition be about bringing the entire country down, tearing any and everybody down. Trust that I will not be a part of the collateral damage package trailing your quest for the presidency. Stop being a generational underminer!

Bob Marley said that - you can fool some people sometime but you cannot fool all the people all the time. Today, like always, I am standing up to the bully in you, and at the same time, not giving up on the fight. Let me challenge you to go beyond the obvious, that we all know you will beat your chest about. Get beneath the superficial surface and truly, honestly, sincerely, JOIN patriotic LIBERIANS on the FRONTLINES, from the granular level up, YOU your very self, so that you can actually have an appreciation of present day Liberia and the work that we have on our hands as it regards collectively making our country a better place