The Ghana-Aker Energy Oil Deal Stinks to the High Heavens 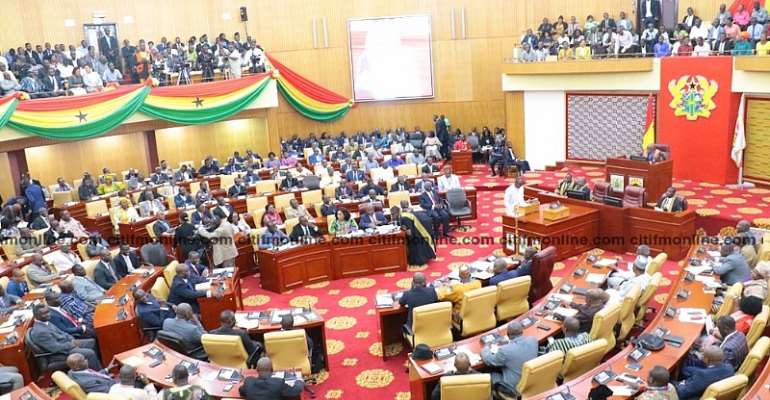 According to local folklore, a prominent Norwegian geologist proclaimed in the 1950s that if oil was ever found in Norway, he would drink it. In late 1962, Phillips Petroleum Company approached the Norwegian government for authorisation to undertake petroleum exploration operations in the country’s part of the North Sea shelf. Then just before Christmas 1969, Phillips informed the Norwegian authorities about the discovery of Ekofisk, which turned out to be one of the largest oil fields ever discovered. The Norwegian government immediately ring-fenced the Phillips Petroleum acreage, ceased all block allocations and embarked on massive training of its nationals in all fields of petroleum exploration and production. This culminated in the establishment of one of the world’s best business schools in Oslo. By 1998, when we attended a seven-week residential course in Stavanger, some multinationals operating in Norway were paying taxes at the rate of ninety-eight cents in the dollar.

I am not sure what the rates are today, but following their own experience, Norway used to be very sympathetic to the attempts of developing countries around the world to safeguard their national oil and gas resources. It is therefore a matter of great grief to read the account of the November/December 2019 edition of Africawatch the Norwegian company, Aker Energy’s total humiliation of the 30 million people of Ghana in what can only be described as 21st century slavery actively promoted and endorsed by elected and appointed officials of Ghana. It is totally unconscionable and disgraceful!

Unlike Norway, Ghana was lucky to have developed one of the best national petroleum exploration and production institutions in Africa, if not the developing world, before commercial oil and gas discoveries were made in our country in 2007. With the assistance of the Commonwealth Secretariat in London, the Petroleum Department began in 1985 to develop a Production Sharing Model Agreement (PSA) using some young but very sharp Ghanaian lawyers and geoscientists, who later became part of the new Ghana National Petroleum Corporation (GNPC), and continued to negotiate numerous agreements with that model.

The Production Sharing agreement was originally developed for Indonesia by the United Nations, to ensure that the country derived maximum benefits from its natural resources, in view of what had happened to the countries of the Middle East and elsewhere that had been taken advantage of by the multinational oil companies in earlier negotiations. Under the PSA model, GNPC on behalf of the government and people of Ghana had a mandatory 10% carried interest for which the corporation paid absolutely nothing from exploration through development. There was a clause under which the corporation could negotiate 25% plus (extra) paid participation and the corporation often managed to get the contractor to agree to pay its portion of exploration and development costs, to be reimbursed in oil in case of discovery.

With royalty, corporate tax and profit oil, Ghana could gross as much as 65% or more in a given agreement. There were still existing operating agreements with a number of multinationals when the model was apparently replaced by a rather nebulous and unfavourable “hybrid” model, the Model Petroleum Agreement, which ultimately led to Ghana’s undoing!

Contrary to what outsiders say, the commercial oil discovery was made by Ghanaian geophysicists. The mega stratigraphic structure, the drilling of which led to the commercial discoveries in 2007 was mapped in 1992, fifteen long years before it was drilled in 2007. The report on the mapping exercise may still be available at GNPC, but I have included the conclusions and recommendations as an appendix in my memoirs, which has been available on Amazon since July last year. The entire report with yellowing ring binding and all, has been scanned and rebound for posterity.

The series of events that led to the Aker Energy story will make the legendary Kweku Ananse of Akan folklore fame green with envy. To start with, GNPC’s refusal to purchase AGM’s 10% stake at $47m was tantamount to commercial malpractice and totally fell way short of industry standards. In industry terms, that purchase would have paid for itself in oil production within a matter of months. Even in African terms, countries like Kenya, Tanzania, Cote d’Ivoire, Central African Republic and Chad, among others, that I dealt with in working life, will jump at such an offer with hands, mouths and feet. Many of those are not even proven oil and gas territories. Ghana had become a proven oil and gas territory by 2007, so why would anyone refuse such an offer in 2017? Apparently GNPC pleaded lack of funds for the non-purchase in 2017, yet they are the first recipients of disbursements from the Petroleum Holding Funds and at the end of 2016, the corporation had a cool $150m sitting in its bank account.

The point is whatever funds GNPC receives from the Ghana Petroleum Fund come from historical investments made on behalf of the people of Ghana and are meant to support its operations and to pay for its obligations such as acquiring additional paid interest and meeting cash call obligations under existing Petroleum Agreements. Therefore, those accrued funds are not the corporation’s to use as it pleases. Some Ghanaians starved unnecessarily and others died prematurely for lack of proper medical care because of those investments. The windfall is meant to be used or invested for the benefit of the mass of the people of Ghana, not a few selfish individuals, most of whom have no clue about how the corporation arrived at its present position.

On the Aker Energy stinker, the company came to the government of Ghana and told her “you own 49% of in place reserves of 500 million barrels of oil”, well done. A year later, Aker Energy goes to the government and says, “Oh, our latest evaluation of the discoveries show that the fields actually have in-place reserves of over one billion barrels, but we want you to reduce your stake from 49% to 18%”. And our government says, “Yes Sir, Massa Suh?” without any compensation or conditions. Were our negotiators inept, ignorant or paid off to consent to such a stupid demand? When did we surrender the independence, we gained from Great Britain in 1957 to little Norway whose population can fit into Accra, Tema and Koforidua? At a conservative price of $36 per barrel, this deal means a loss of about $11Billion. Then we go to the World Bank cap in hand to beg for $1 Billion to fight Coronavirus? Lord have mercy!

As if this screw up was not bad enough, Aker Energy is demanding a further $400m in tax write-offs from the government of Ghana when it has only spent $200m on its exploration programmes so far. What does our acquiescence to these demands make us, naïve, stupid, dishonest or all three rolled together?

Sorry Guv, too many people sacrificed too much for Ghana’s oil success. For the sake of those folks, especially the noble souls who have departed this life, this deal HAS to be cancelled. Will this Kjell Inge Rokke in all honesty be brave enough to go and stand before the European Court of Justice and defend this morally reprehensible filth? Will the Norwegian government support this kind of neo-colonialist nonesense? This should be an international test case of Black Lives Matter.

To the youth of Ghana, this is a clarion call. It is not a call for demonstrations or insubordination. This deal is not just a booby trap that has been set by the ruling classes for you. It is an incendiary time bomb that has been timed and tied to the backside of every Ghanaian between the ages of 18 and 40 who lives anywhere on planet earth. EVERY member of Parliament who either voted for or looked the other way while this stench was forced down the throats of the people of Ghana MUST lose his or her seat in Election 2020. The Ghs500 that is being distributed for your voter’s ID cards is money that has been stolen from you in the first place. Take it in your stride and use your thumb to send out a life-changing lesson. Let this go viral! Go on social media, tell your friends, mothers, fathers, uncles and cousins. We cannot continue to behave this way as a nation. This must be the year of real change from twenty-seven years of see-saw that have not taken us anywhere!