Tanzania kicks off campaign as Magufuli vies for new term 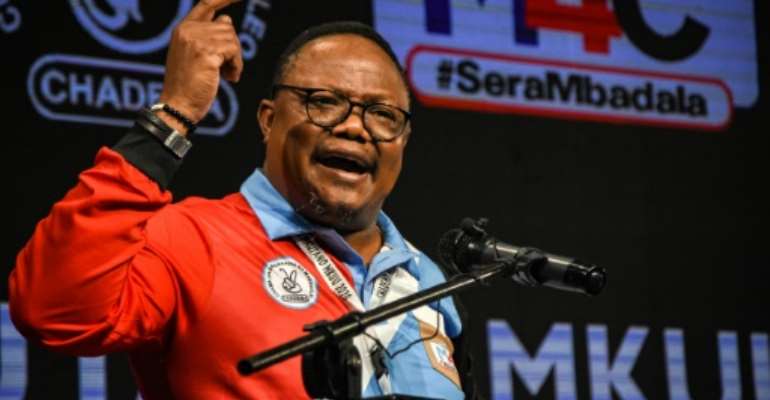 A leading opposition politician in Tanzania on Friday formally kicked off his bid to unseat President John Magufuli as the country entered its campaign period for general elections planned for October.

Tundu Lissu, the presidential candidate of the main opposition Chadema party, was due to address a rally in the economic capital Dar es Salaam on Friday evening.

The event came one month after Lissu returned to Tanzania from Belgium, where he had sought treatment after surviving a 2017 assassination attempt in which he was shot 16 times.

Lissu is one of 14 candidates set to challenge Magufuli, who took power in 2015 amid widespread enthusiasm for his anti-corruption platform but who critics say has embraced a brazen authoritarian streak while restricting political freedoms.

Magufuli was expected to formally launch his re-election bid Saturday with a rally in Dodoma, the political capital.

Voters will also select new MPs and ward councillors when they go to the polls on October 28.

In the presidential race, the opposition's failure to unify around a single candidate could ease Magufuli's path to a second term, said Richard Mbunda, a political scientist at the University of Dar es Salaam.

The country votes using a simple majority system with no presidential runoff.

"Cooperating or forming an alliance may help to make a meaningful competition, but that's not easy for the opposition parties for now," Mbunda said, noting that campaigns are a rare opportunity for parties to raise their national profiles.

"The parties do not trust each other and that's because such cooperation is not legally binding," he added.

Opposition parties are already complaining that the process will be unfair, claiming that their candidates have been wrongly disqualified and in some cases subject to physical violence.

The Alliance for Change and Transparency (ACT Wazalendo), a fast-growing opposition party, said in a statement August 13 that two of its would-be parliamentary candidates were beaten in attacks at their homes.

"We are tired of these incidents and we want everyone to know that Tanzania is a multiparty country which should allow political competition," the statement said.

Tanzania's campaign will play out amid uncertainty over how the country is faring in its fight against the coronavirus.

The government has not released figures on infections since late April.

Magufuli's refusal to impose lockdowns or social distancing measures, combined with the lack of data, has made him a regional outlier and caused concern among Tanzania's neighbours and the World Health Organization.