Passengers luggage held up in the British Airport saga 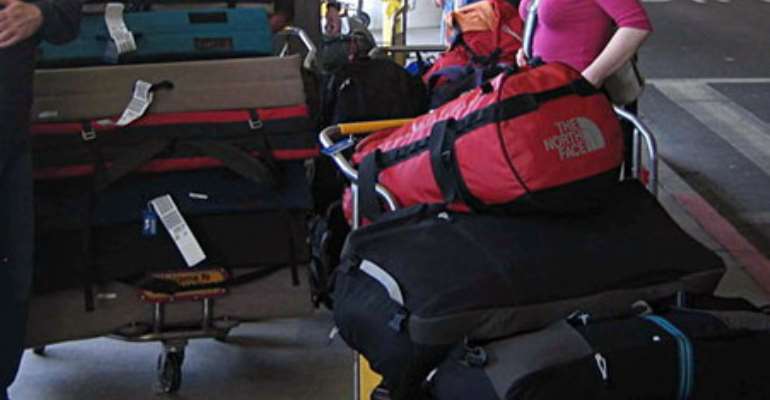 The hold up at the Heathrow Airport last month continues to affect operations of airlines flying in and out of London.

The latest twist has to do with passenger luggage.

Some passengers who flew to Ghana on British Airways since last week Thursday say they have still not had their luggage.

The Executive Secretary of the National Health Insurance Scheme-NHIS Ras Boateng is one of the passengers still looking for his bags.

He told Joy Business Report that officials of BA have not been able to tell him the whereabouts of his baggage.

Officials of British Airways confirmed the problem to Joy Business Report but blamed it on recent occurrences at international airports in the UK.

Officials of the airline however say every effort is being made to retrieve the luggage of the passengers.

In a related development, stranded passengers of North American Airlines are expected to touch down tomorrow at 10 am.

Officials at the airline's office confirmed to Joy Business Report that a dispatched aircraft arrived at Baltimore this afternoon and will be airborne by 10pm to Accra.

The passengers were not able to fly out of Baltimore airport in New York since Sunday because the scheduled flight could not arrive from Banjul.

Full statement: Provisional results of 2021 Population and H...
34 minutes ago

Come for land, we want Akpeteshie factory as 1D1F – Asebu Pu...
37 minutes ago