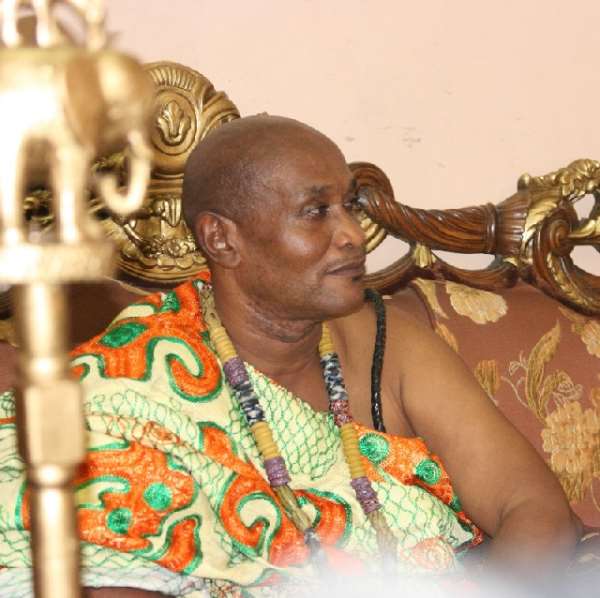 On Tuesday, some irate youth in the area clashed with soldiers over the disputed parcel of land.

Two soldiers were severely beaten and injured in the clash.

A statement issued by the Ga Traditional Council and signed by Boni King Tackie Adama Latse II on Thursday, 27 August 2020, noted that: “This development is worrying and I wish to appeal to all to exercise restraint while an amicable solution is found through a thorough investigation of historical facts and antecedents."

Meanwhile, the troops of solider who besieged Dome-Faase in the Ga South Municipality following the assault of two of their colleagues by the civilian population in the area, have left the town after retrieving their seized guns.

The two soldiers who were beaten to a pulp by the civilians were allegedly providing land guard services to a chief in the area.

The civilians also seized their guns during the melee.

The Municipal Chief Executive, Mr Joseph Nyarni Stephens, told Kwabena Prah Jr on Accra100.5FM’s morning show Ghana Yensom on Thursday, 27 August 2020 that the soldiers have packed out after finding and retrieving their weapons.

“I can assure you that the soldiers will leave the town today. The soldiers were beaten and their guns taken away from them and, so, they were looking for the guns and by His grace, the guns have been found”.

Mr Stephens also said peace has returned the area following the disturbance that happened two days ago over a disputed land.

This incident is said to have occurred when three armed military men opened fire on a group of unarmed men who had massed up and were heading toward the disputed land, thus, injuring several of them.

The Member of Parliament for Obom Domeabra, Sophia Karen Edem Ackuaku, told Class News in an interview that: “On my rounds, I heard the youth agitating and complaining that some people are taking over their land and they mentioned one Mponuahene of Apedwa”.

“Later on, a complaint came to me that the Apedwahene says from Fankyiriko, the beginning of my constituency around Adoagyiri, all the way down to Kasoa belongs to him; which means that the whole constituency belongs to him…He has started grading most of the villages…so, the people started complaining but I didn’t say anything because this is not political.

“So, I told them that if they had told me earlier, I would have made a statement on it so that we can petition the Speaker.

“So, they brought a petition on Friday but parliament was already rising, so, I couldn’t do a statement on the floor.”

The lawmaker explained further that the community “organised a press conference today and I went and after the press conference, they wanted to walk to the site so the pressmen will see what they are talking about.

“So, we all moved to the site. When we got there, I noticed some soldiers had surrounded the place, so, I asked the chiefs and community to wait while I go there with the pressmen and seek permission from the Apedwahene so that the people can come and make their story and take pictures of the place.”

According to Ms Ackuaku, she met the Apedwahene surrounded by guards with guns sitting in a farm on the site but when he [Apedwahene] saw the youth of the community clad in red attires, he commanded the soldiers to fire warning shots but the soldiers were firing into the crowd.

“He himself got up from the chair and ordered for his pump action gun and he joined in the shooting. So, I sat in my car and left,” the MP said.