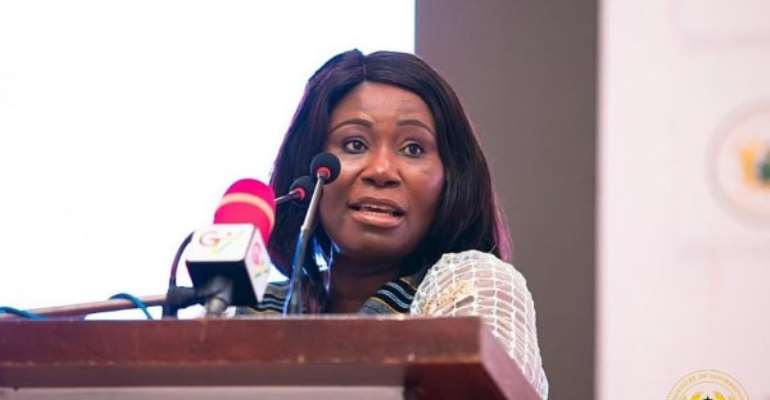 Fishermen have been warned against the use of government subsidized premix fuel for powering generators for light fishing.

Madam Elizabeth Afoley Quaye, Minister of Fisheries and Aquaculture, said it had come to notice of the Ministry that some fishermen were using the premix fuel to engage in light fishing.

She was presenting 126 outboard motors to the leadership of the Tema canoe beach for onward distribution to fishermen at a 50 per cent subsidized price.

She indicated that such activities led to a shortage of the fuel as those perpetrators bought more quantities for their outboard motors as well as generators thus preventing others from getting their needed supplies.

The Minister gave the assurance that her outfit and the relevant agencies would continue to arrest perpetrators, saying “we keep arresting them but some are still doing it”.

The Minister stressed that apart from it being illegal, light fishing negatively affected the quality of fish caught as it put pressure on the fish to die instantly, a situation that could have some health implications.

On the outboard motors presentation, she said the government had the fishing sector at heart and was, therefore, investing a lot of money into it to ensure that Ghanaians consumed high quality and healthy fish.

She indicated that apart from the building of landing beaches across Ghana's coastlines, the government was making many other projects in the sector.

“We are bringing more 'ahotor' ovens for the women, we have brought chest freezers, and basins to be distributed to the fishmongers. We are saying that if the fishermen are benefitting from subsidized outboard motors, then the women must also have freezers to preserve their fish. "

Mr Felix Mensah Nii Anang-La, Tema Metropolitan Chief Executive, said the President had done a lot for the fishing community in Tema, recounting that the provision of 'ahotor ovens', and a fish mill were some of the projects from the government.

Mr Daniel Nii Kwatei Titus Glover, Member of Parliament for Tema East, and Deputy Minister of Transport, on his part, stated the various projects and policies the New Patriotic Party (NPP) had provided for the Tema fishing community and the country as a whole.

Nii Mattor, Tema Ashaman Chief Fisherman, commended the Government for subsidizing the price of the outboard motors and promised to put them to good use.