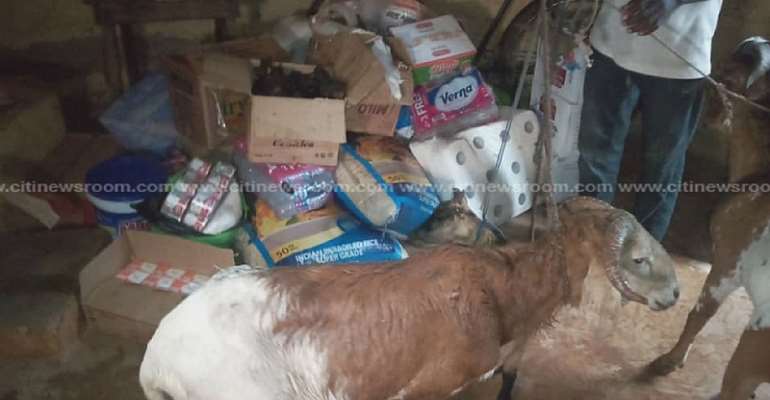 Some vigilant residents of Tamale in the Northern Region have impounded a tricycle fully loaded with food items meant for the Nyohani Children’s Home.

The donated items were allegedly being carted away by the Supervisor of the Children’s home when the residents intercepted the tricycle.

Her arrest followed months of continuous monitoring by the residents after several complaints were filed about the supervisors’ conduct.

Abukari Jamaldeen, one of the residents who made the arrest, said they had received about five complaints in a spate of three months about how the supervisor was allegedly diverting funds from the home.

“We had information about her diverting the items to her hometown. So we kept a vigil throughout the night until we arrested her this morning at the VVIP station behind point 7.”

“We don’t want people like her calibre to handle the children again,” Jamaldeen told Citi News.

The residents arrested the woman with the alleged stolen goods and sent her to the Nyohini Youtg Chief palace where she was handed over to the community leaders.

The assemblyman of the Nyohini South Electoral Area, Yakubu Hamza, said when the supervisor was impounded, she told them she was travelling to her sister’s funeral in the Volta Region.

When Citi News arrived at the scene, the supervisor, Mrs. Mawulorm Afelete refused to comment on the issue but only said: “I know I am wrong.”