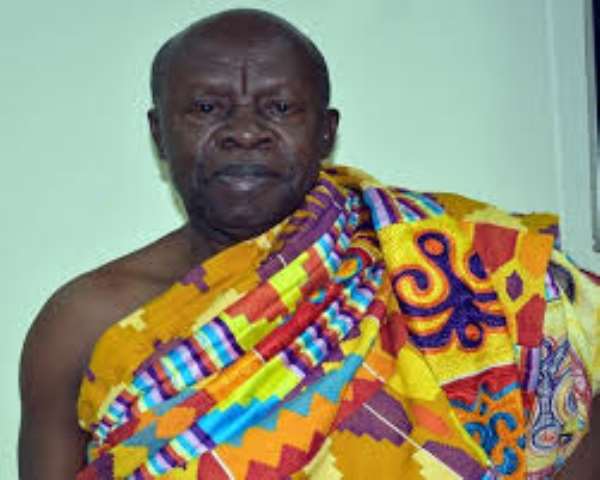 The Aduana Royal Family of Bibiani Hwenampori, a suburb of Sefwi Bibiani in the Western North Region is calling on the state and security agencies to intervene and restore normalcy following the installation of a rival chief.

The Bibiani Hwenampori has for the past 40 years and over been ruled by Nana Kwesi Ampomaning II from the Aduana Royal Family.

The development has in the past couple of weeks sparked fear within the members of the Aduana Royal Family of Bibiani Hwenampori who says they have been under several attacks.

Sensing that their lives are at risk, the rightful chief Nana Kwesi Ampomaning II, and his family members have fled from Bibiani Hwenampori.

In a statement from the Aduana Royal Family signed by Abusuapanin Kwadwo Bramah, it is calling on the state for help for a peaceful resolution to avoid any clashes.

Meanwhile, he has assured the members of the Royal family that he will do everything legally in his capacity to keep the throne in the family.

What most people interpreted as a bloody weekend clash in Hwenampori, a suburb of Sefwi Bibiani, in the Western North, turned out surprisingly very peaceful.

"It will be recalled that several media platforms last week published that a strong clash was inevitable over the weekend following a planned installation of a new chief from a royal family (Ankobea abusua) by the Pramount (omanhene) Chief of Sefwi Anhwiaso Traditional Area who double as the president of Western Regional House of Chiefs", Ogyeahoho Yaw Gyebi, while current Hwenampori Chief, Nana Kwasi Ampomaning II, from Aduana Royal Family was still on the throne.

Nana Kwasi Ampomaning II, who is a member of the Aduana Royal Family of Hwenampori, has been the chief for over forty (40) years whilst their family has ruled for more than 400 years. And so, it was expected that they will do everything including risking their life and that for others to protect what belonged to them.

However, surprisingly, Aduana Abusua Paninin Nana Kwadwo Brumah and Nana Kwasi Ampomaning II, choose the path of peace. They urged all family members that for the sake of peace to vacate their homes and houses in Hwenampori in order not to clash with opposing side who brought Machete holding Macho Men and took to firing guns despite being backed by state sponsored security.

They therefore commending the royal family members for their peaceful attitude and conduct, which he encourages all areas in Ghana with chieftaincy issues to emulate their wordy behavior.

He has however assured them that he will do everything legally in his capacity to keep the throne in the family.

The Odikro also pleaded with the state to intervene in order to resolve the matter as soon as possible so people can choose the path of peace.