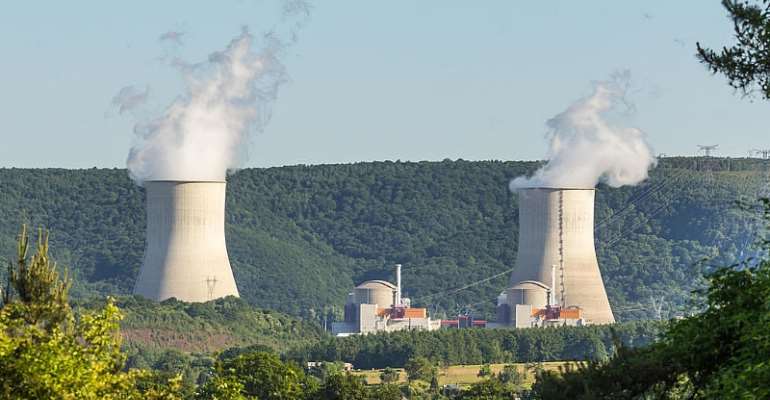 The two reactors of a nuclear power station on the Franco-Belgian border have been shut down out of precaution due to exceptionally low water levels in the Meuse river, French energy officials announced Tuesday.

Reactor number two of the Chooz Nuclear Power Plant in the Ardennes was stopped on Friday at midnight, with reactor number one following Monday late in the evening.

“On Monday at 11:30pm, given the current climatic conditions and in accordance with the agreement between France and Belgium, teams at the power station stopped operations of reactor number one,” French energy company EDF said on its website.

“Our two reactors should be back online in the coming days, according the the next rainy periods,” the company said.

No safety risk
The station is named after the municipality of Chooz, which sits on the Meuse river on a panhandle of the French administrative department of Ardennes that protrudes into Belgium.

An agreement between the two countries defines the threshold of river flow required for Belgian industrial sites, tourist infrastructure and local governments to have sufficient water resources.

EDF said the shutdown was not due to safety concerns, nor did it raise any.

Water is necessary for the safety of reactors in order to cool material at the site but the threshhold for safe operation at Chooz is 6 cubic metres per second.

One of the reactors was stopped for several days in autumn 2018 under the same deal.

EDF documents show the station produced 4.7 percent of France's nuclear power in 2019, with about 17.9 billion kilowatt-hours.

Drought more common in France
Much of mainland France has been suffering drought this summer, with farmers appealing for aid to deal with parched crops.

Hot weather and scant rain have led to water restrictions being imposed in 79 of the 96 administrative departments on mainland France as of Monday, as shown on a map of drought restrictions on government web portal Propluvia.

The Ardennes are in the third of four alert levels for drought, which means farmers must use no more than half of their usual water consumption and limits use for watering gardens, green spaces, golf courses and cleaning cars.

In late August of 2019, 87 departments were affected by water restrictions with 41 in crisis situation.