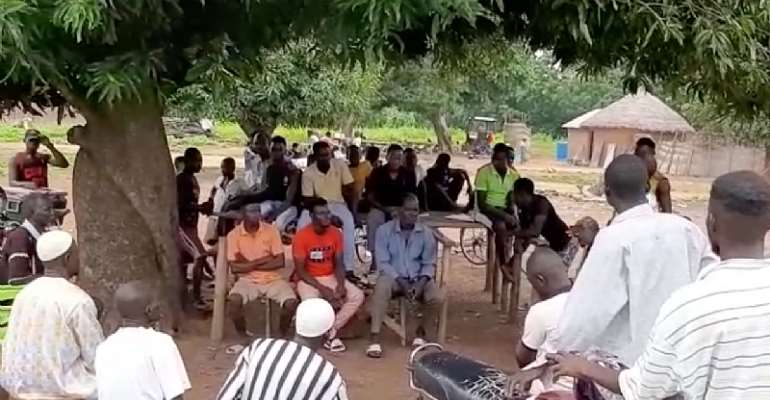 Angry members of communities around Bandiyili in the Wulensi Constituency in the Northern Region have vowed to stop politicians from campaigning in the area because they lack electricity.

The residents say in 2016, the MP for the area, Thomas Donkor Ogaaga, promised that their communities would be connected to the national grid.

They say the promise was supposed to be fulfilled within six months. Some of the communities were wired but have since been abandoned for almost three years now.

“We are patiently waiting, if any politician makes an attempt to come here, we will drive them away, especially the MP. He has lied so much to us and we are no longer interested in his lies,” one resident said to Citi News.

The Bandiyili Electoral area is made up of about seven communities.

There had been a contractor working on the project before the 2016 elections. The MP at the time, George Maabam, claimed it was his project.

According to the Assemblyman for the area, Atsu Michael, they have contacted the MP several times but he only gives assurances that the contractor will return to work.

Members of the communities in the area gathered at Bandiyili to express their displeasure over the seeming neglect and collectively said “No lights, No vote.”

Atsu Michael said “It’s been over three years and we going into another election, we want to pre-warn them not to make an attempt [to campaign]. We are saying No lights, No vote”

One other resident, Mpaha Ayi, backed the protests and outlined some of their daily struggles.

“We are suffering. When we send our phones to be charged at Kukuo, our memory cards and batteries are stolen. We don’t have a grinding mill here to grind our stuff. We the women are suffering, so we support what the men are saying; no light, no vote.”

When Citi News contacted the contractor, he blamed the slow progress on the lack of urgency from the Energy Ministry.

“I called the consultant on several occasions but all the time, he says he is yet to receive the High tension poles. The work has delayed and it is the consultant and the Ministry of Power who are not treating us fairly.”

Attempts by Citi News to speak to the MP for the area have, so far, been unsuccessful.