By Joshua Kumbani - The Conversation 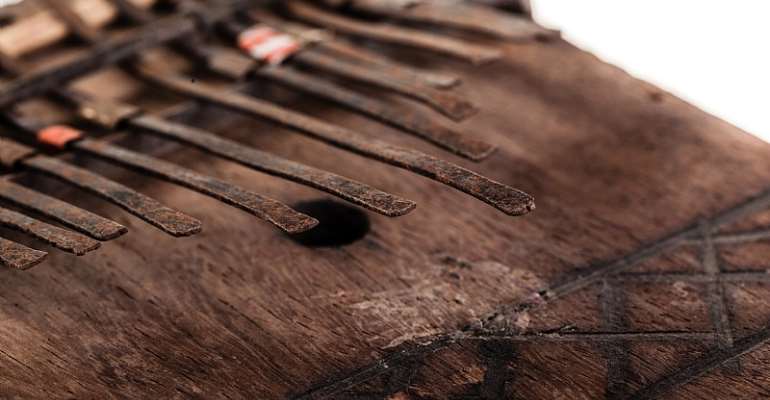 Music has been part and parcel of humanity for a long time. Not every sound is musical, but sound has meaning and sometimes the meaning of sound is specific to its context.

But when it comes to archaeology there is scant evidence of music or sound producing artefacts from southern Africa. This is because of poor preservation of the mostly organic materials that were used to manufacture musical instruments. Rock art offers depictions of musical instruments as well as scenes of dancing that can be linked with music performance, but here only music-related artefacts will be discussed.

I conducted original research as well as a survey of the literature available on these artefacts. Ethnographic sources were also consulted in order to attempt to provide a broader contextual background against which knowledge of the archaeological implements could be expanded. The Percival Kirby online musical instrument repository has also been used. Music archaeology is multidisciplinary in nature.

The result is one of the first reports on southern African sound- and music-related artefacts.

Research in music archaeology in southern Africa has just begun. Available evidence dates back from around 10,000 years ago, from the Later Stone Age up to the Iron Age. The artefacts fall into two groups, namely aerophones , where sound is produced by vibrating air, and idiophones , where sound is produced by solid material vibrating. These artefacts include spinning disks, bullroarers, bone tubes that could have been used as flutes or whistles, clay whistles, keys from thumb pianos (also called lamellophones or mbiras), musical bells and an ivory trumpet. The list is not exhaustive and more research needs to be conducted. The author and Professor Sarah Wurz digging at Klasies River. Supplied

These music-related or sound-producing artefacts are made from various materials, including bone, ivory, metal and clay. The artefacts show how integral sound and music production was in the socio-cultural practices of people in the past, most likely for entertainment and rituals. Sound production and music making is a sign of being fully human.

Recent experimental work established that some Later Stone Age bone implements from the Klasies River Mouth and Matjes River sites are a spinning disk and a bullroarer respectively. Their replicas produced powerful whirring sounds and they can be referred to as sound-producing implements even though the purpose of the sound or their use cannot be clearly ascertained. They could have been used as signalling implements, toys, in ritual settings or in musical contexts, among others. Nowadays these implements are seldom found in the region. Bullroarer found at Matjes River. Joshua Kumbani

Bone tubes, mainly in bird bone, have been recovered from Later Stone Age contexts from the southern and western Cape of South Africa and some were also recovered from historical contexts. Previously, these bone tubes were interpreted as sucking tubes and beads. But morphological analysis – or studying their form – has indicated that considering the various lengths and widths as well as their smoothened ends, they could have been used as flutes or whistles. There is no a clear-cut distinction between flutes and whistles. Bone tube from Matjie's River. Joshua Kumbani

If they were used as flutes they were single tone flutes since none has finger holes that can enable the production of more tones. Some of the archaeological bone tubes bear chevron and cross hatching patterns, but it is not clear if the decorations have a meaning or were just made for aesthetic purposes. The San and Khoe people in South Africa used reed flutes in the past. Flutes are still used today by various cultural groups in South Africa, for example the Venda people in South Africa use flutes when performing the tshikona dance. Clay whistle from Mapungubwe. Joshua Kumbani

Clay whistles have been recovered from the sites of K2 and Mapungubwe from Early Iron Age contexts. Similar clay whistles are very rare and are not mentioned ethnographically, but it has been said that the Basotho herders in Lesotho used similar whistles. Whistles can also be used during a musical procession or as signalling implements in sending a message.

Thumb piano, lamellophone or mbira keys have been recovered from the Later Iron Age contexts in Zimbabwe and in Zambia. This idiophone became popular with the introduction of iron technology and it is still used today. Some popular musicians play the lamellophone, for example Stella Chiweshe from Zimbabwe. Mbira is closely associated with spirituality, especially among the Shona people of Zimbabwe. The lamellophone is now a common musical instrument globally. Thumb piano key from Great Zimbabwe site. Foreman Bandama

Musical bells were found in South Africa, Zimbabwe and Zambia from Later Iron Age contexts. Both double and single bells existed and, for example, at Great Zimbabwe both were recovered. Ethnographically, musical bells are known to have originated in West and Central Africa and they were most likely introduced to southern Africa through trade. These idiophones are said to have been played to announce the arrival of kings. Musical bells are still used today.

Read more: How our African ancestors made sound in the Stone Age

Joshua Kumbani is a PhD candidate at the University of the Witwatersrand and is a bursary recipient of the Re-Centring AfroAsia Project: Musical and Human Migrations in the Pre-Colonial Period 700-1500 AD that is funded by the Andrew W. Mellon Foundation.

By Joshua Kumbani, PhD Candidate, University of the Witwatersrand