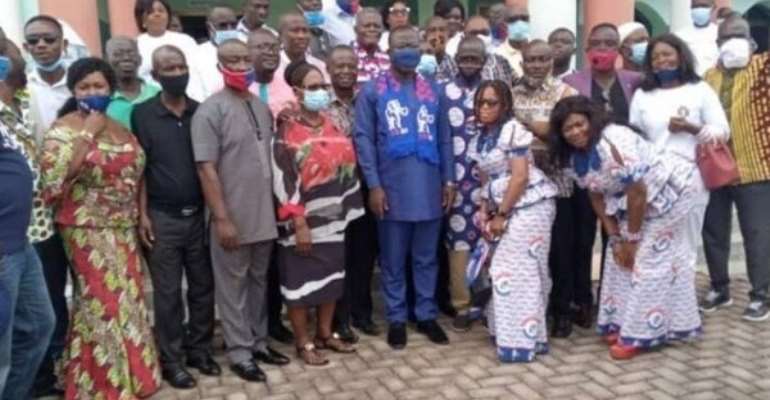 The Bibiani-Anhwiaso-Bekwai Constituency branch of the ruling New Patriotic Party (NPP) has inaugurated a 40-member campaign team for the December 7, general elections.

The team is to help retain the parliamentary seat and to garner more votes for the Presidential candidate in the polls.

The team, made up of political bigwigs drawn from across the constituency, would serve as a reconciliation body with the mandate to design strategic programmes and activities for the party to achieve its target for the 2020 polls.

Mr Fosuhene Acheampong, the Regional Patron of the Party, inaugurated the team, which is co-chaired by Mr Alfred Obeng Boateng, the Parliamentary Candidate and Mr Franklin Appiah-Kubi, the constituency chairman.

The Campaign Team is comprised of Head of operations, media relation officer, security and intelligence, information and technology unit and a legal unit.

Mr Acheampong implored the members of the team to discharge their duties diligently to win the confidence that was reposed in them by the party leadership.

He asked the team to inaugurate the various campaign teams for the constituency's zonal, electoral areas and polling stations.

Tunisians in largest rally against president's 'coup'
14 minutes ago