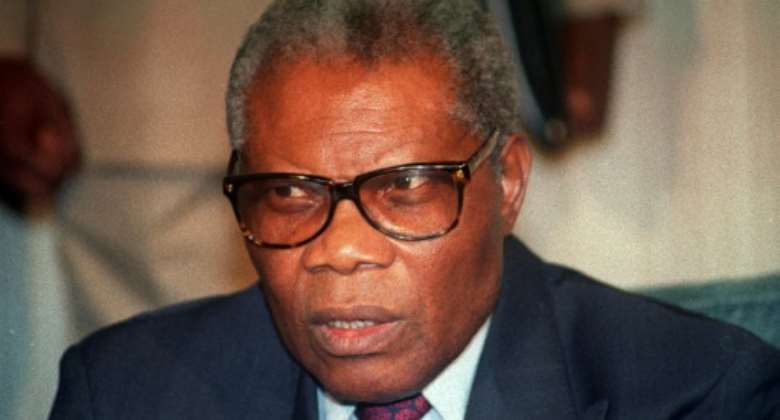 Former Congolese president Pascal Lissouba, who in 1992 won his country's first multi-party presidential elections, died in France on Monday at the age of 88, his party told AFP.

The death was confirmed on Facebook by his son Jeremie Lissouba, who is also a lawmaker.

He fled to France after being overthrown in a brief civil war by the current president, Denis Sassou Nguesso, who had lost the country's first multi-party elections in 1992.

Born in Tsinguidi, in the southwest of the country, Lissouba studied agricultural engineering, gaining a doctorate in France in the late 1950s during the final years of colonial rule.

In the 1960s, he became minister of agriculture in the newly-independent country before serving as prime minister under the then president, Alphonse Massamba-Debat.

In 1991, Lissouba set up UPADS as international pressure pushed Sassou Nguesso, a French-trained paratrooper who came to power in 1979, to organise a multi-party vote.

But his historic victory the following year was marred by clashes that broke out in 1993 between armed groups of the country's ruling and opposition parties that left around 2,000 dead.

In October 1997, Sassou Nguesso returned to power, ousting Lissouba with the support of Angolan troops after a five-month conflict that claimed between 4,000 and 10,000 lives.

In 2001, the High Court of Justice in Brazzaville sentenced Lissouba in absentia to 30 years' forced labour on charges of treason and corruption.

The Republic of Congo has high revenues from oil, but many of its roughly five million people live in deep poverty. It ranks 179th out of 189 countries on the 2019 UN Human Development Index, and 165th out of 198 countries in Transparency International's 2019 Corruption Perception Index.

Gov’t to set up 5-member committee to lead extensive stakeho...
39 minutes ago