NDA Begins GH₵266.7million Worth Of Projects In Northern Ghana 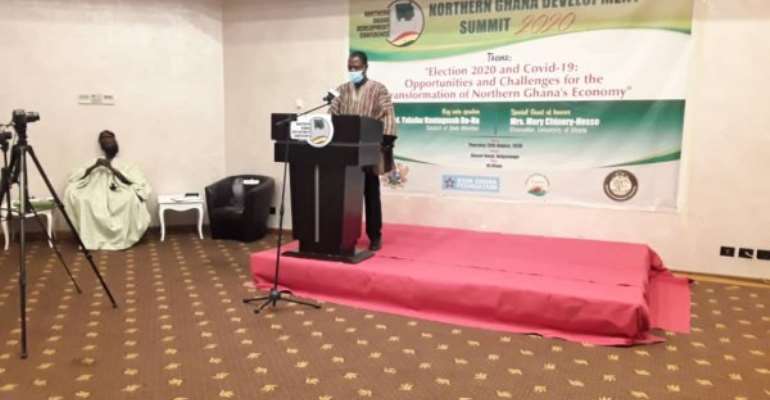 The Northern Development Authority is implementing projects worth GH₵266.7million in northern Ghana under the government's Infrastructure for Poverty Eradication Programme (IPEP).

Dr Alhassan Sulemana Anamzoya, the Chief Executive Officer of NDA, said more than 2,000 projects had started across the five regions of the North.

Besides, about 15,000 short term programmes were created.

Dr Anamzoya, who announced this in Bolgatanga at a Northern Ghana Development Summit, said contractors had started work on the various projects.

The IPEP, established in 2017, is a government flagship programme under the auspices of the Northern Development Authority.

It aims to implement infrastructure in deprived communities across northern Ghana based on their needs.

The programme is to allocate $1million to each constituency to provide basic social amenities and services to the communities for improved livelihoods and poverty reduction.

“In pursuit of this one million dollars per constituency policy, the Ministry of Finance released a conditional approval of more than GH₵1.724billion to all three development authorities.

Out of this amount, the Northern Development Authority was allocated GH₵266.7million.

Dr Anamzoya said because the NDA employed a bottom-up approach in the implementation of the IPEP, members of various communities were heavily involved in the execution process.

The CEO said government, through the support of international bodies, was implementing projects to benefit the people of Northern Ghana, including the construction of the Pwalugu Multipurpose Dam and the Tamale Water Supply Project.

He urged the indigenes of the North to contribute to the development of the area.

“Apart from the government and its partners in development, we also have a moral obligation to see to the closing of the social and economic inequalities amongst us as northern Ghanaians.

“Northern Ghanaians everywhere in the world have a responsibility to come home with their talents, skills and financial muscle to help develop the area,” he added.

Regional Ministers of the five regions of the North, Metropolitan, Municipal and District Chiefs Executives, traditional authorities and development experts attended the meeting.

It was to enable the stakeholders deliberate on the adoption of effective policies for the development of Northern Ghana to bridge the inequality gap between the north and the south.

Milovan Rajevac to earn US$30,000 monthly as Black Stars Hea...
4 minutes ago