US tries to overrule UN Security Council in sanctioning Iran 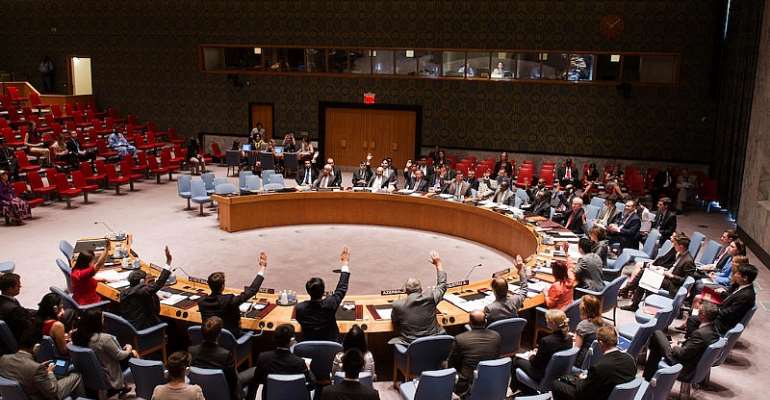 The United States will start a controversial “snapback” procedure at the United Nations Security Council (UNSC) in an attempt to reimpose sanctions on Iran. Earlier on, the UNSC had rejected US attempts to reinstate sanctions, with the four remaining permanent members either voting against or abstaining.

In 2015, after years of negotiations, the “G5 + 1” (the permanent members of the Security Council the US, China, Russia, France and Britain plus Germany) signed a nuclear accord with Iran, the Joint Comprehensive Plan of Action (JCPOA.)

The agreement included the UN lifting international sanctions against Iran while Tehran agreed to scale down its programme of uranium enrichment. The deal was unanimously ratified by the UNSC under resolution 2231 which stipulates that a conventional arms embargo on Iran will expire on 18 October, 2020. But last week, Washington did not extend that embargo indefinitely, leading it to pursue the "snapback" route.

What is 'snapback' ?
Then-president Barack Obama's administration boasted of having obtained a clause in the agreement that would allow it to reimpose, or "snapback," all sanctions if Iran failed to comply with the agreement. The clause permitted a "snapback" without members being allowed to veto.

At the time, Washington worried that China or Russia may veto any attempt to reimpose sanctions.

According to resolution 2231, any state "participating" in the agreement can lodge a complaint with the Security Council if they deem another participant has significantly failed to respect the accord.

That notification starts a 30-day window where the council must pass a new resolution that would officially lift the sanctions agreed to in resolution 2231.

If the country, in this case the US, that issues the initial complaint wishes instead to reinstate the sanctions, then it can veto the new resolution, thus automatically triggering the "snapback."

But is the US still a 'participant'?
There is no agreement between the US and its European partners over who is legally a participant.  In May 2018, President Donald Trump pulled America out of the JCPOA, denouncing it as a very bad deal, insufficient to prevent Iran from developing a nuclear bomb.

Britain, France and Germany insist that the US gave up its right as a participant when it withdrew and therefore cannot legally enforce the "snapback."  The US argues that it can trigger a return to sanctions because it participated in the signing of the resolution, which is still technically in force.

So what now?
Now that Mike Pompeo, the US secretary of state, has formally informed the UN that his country intends to restart international sanctions against Iran, the Security Council enters uncharted territory.

The US is isolated in the UNSC, with only the Dominican Republic backing America's call to extend the conventional arms embargo.

This month's sitting president of the council, Indonesia, is expected to consult with members about whether they think the US has the right to activate "snapback." The answer is expected to be negative at which point the president may decide to dismiss the complaint.

This could result in the US adopting an even more bold move: presenting a draft resolution of its own to lift sanctions that it would then veto to confirm the "snapback."

"We will then enter a very strange period in which there will be two alternate universes," said Richard Gowan, of the International Crisis Group think tank.

"There will be a US universe in which sanctions have been fully restored on Iran. And then there will be the universe that most other council members, and I think actually most members of the UN in general, will exist in, in which nothing of the sort has happened," he told a briefing.