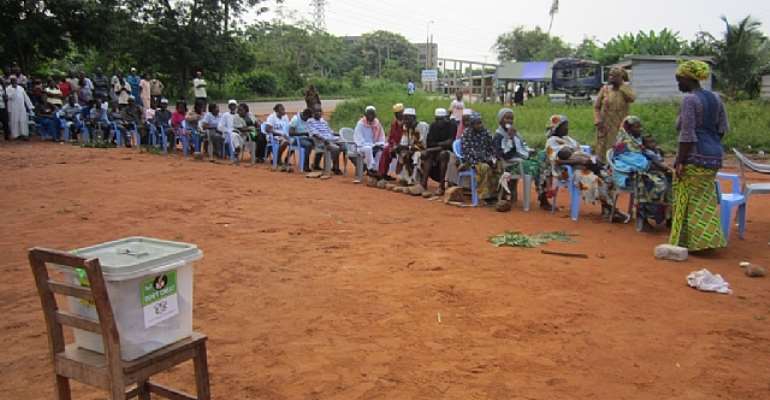 Some youth of Mankramso, a village near Afrancho in the Offinso North District of Ashanti region have expressed displeasure at authorities over the unfair treatment meted out to them in the village in relation to the development of the area.

The youth appeared very disgusted after inviting the media to see things for themselves.

Their anger was directed at the Chief of Afrancho and MP hon. Collins Ntim for dishonesty and cheating with regards to adressing some needs in the village. Speaking to Cruz news, chairman for the group Mr. Baba Kanbu explained that Hon. A C Ntim promised during the 2016 electioneering to help provide some dire needs of the people if they vote to elect him and president Nana Addo into power which they did but are yet to see any of the said projects being accomplished as at now.

Although some projects such as electricity have been given to the contractor and in progress, the chief of Afrancho Nana Badu Finam II have deeply involved them in the process from clearing about 7 to 8 kilometer stretch from Afrancho to the village, digging and erection of poles all in the name of communal labour every Tuesday.

According to them, they are made to continue with wiring adding Friday to the already Tuesday communal labour day they comply which is the point of their agitation. The electricity connection still remains unfinished alongside abandoned public toilet lack of potable water and worst of it all, deplorable and bumpy road network which is about 10 kilometers away from capital Akumadan and links Afrancho and Chiraa in the Bono region.

As a result of the muddy and slippery nature of the road during the raining season, people are dying with many being injured and deformed in countless motor and vehicular accidents. The townfolks currently rely on the river water from the Mankram for household chores. Both men and women share toilets together outskirts of the community as a result of the lack of a proper place of convenience.

The people are threatening a boycott of the election this year if Hon. Collins Ntim does not intervene to fulfill the promise.