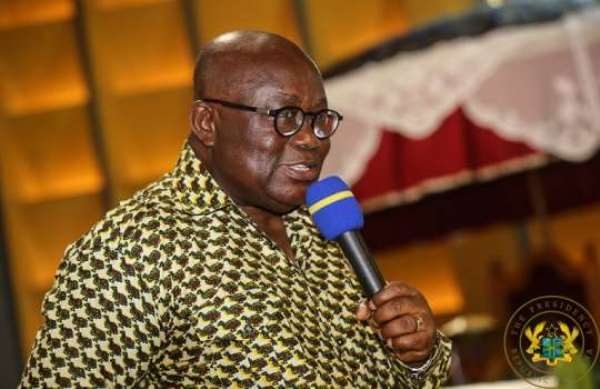 President Akufo-Addo has cut the sod for work to begin on more than 200 kilometres of roads in the Ellembelle District of the Western Region.

While much of the work would see the construction of new roads others would be upgraded to bitumen surfacing.

Addressing a durbar at Teleku-Bokazo, President Akufo-Addo said he took pride in doing such projects to honour Ghana's first President, Dr Kwame Nkrumah, who hailed from the District.

He said his administration had made a lot of investments in the district than any other hence the need to vote four more for him to do more and for the first time vote for an NPP candidate.

The President gave the assurance to honour every promise he made to the people as well as respond to the appeals by the chiefs and people.

He called on Ghanaians to preserve the country's tranquillity and urged politicians to avoid confrontations, which had the tendency to jeopardise the peace.

The Reverend Father Anthony Eshun, in charge of the Centre, thanked the President for the visit and said for the past 25 years no President had visited the place, which had denied the Centre of infrastructural development.