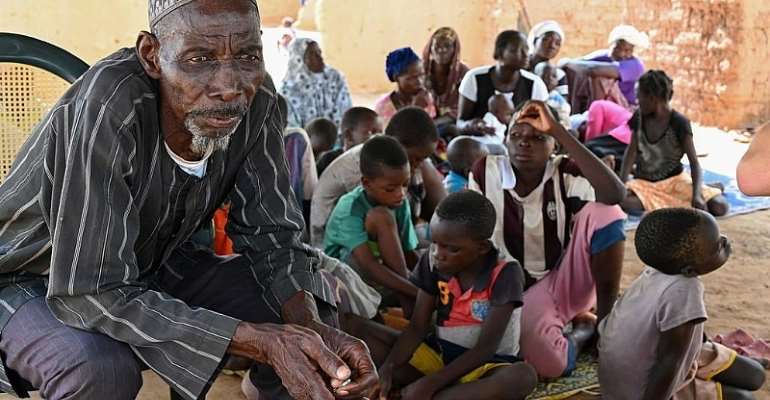 Armed violence in Burkina Faso has internally displaced a record one million people in the country over the past year and a half, exacerbated by the Covid-19 pandemic and crop failures due to climate change, according to the Norwegian Refugee Council (NRC).

“This is a 1000% increase of internally displaced people (IDPs) in the country since January 2019, when there was approximately 87,000 displaced people,” Tom Peyre-Costa, Norwegian Refugee Council (NRC) Central and West Africa spokesman tells RFI.

There have been 184 attacks against civilians since the beginning of 2020, according to the Burkinabé Council for Emergency Relief and Rehabilitation (CONASUR). And the country suffered more jihadist attacks than any Sahelian country in 2019, according to the International Crisis Group.

“This is also combined with climate issues—insufficient rainfall, and obviously the pandemic, which is exacerbating the needs of the people,” adds Peyre-Costa.

He said that there are not substantial health statistics because of few opportunities for people to take Covid-19 tests, but the socio-economic impact countrywide is devastating.

“The crops are not being harvested because people are being displaced or there are no crops because of the lack of rainfall, the prices of goods and food are rising, and the markets are being closed due to restrictions,” says Payre-Costa.

He maintains that some 10% of the population do not have enough food, which is about two million people.

“The worst pockets are in the north, in the Sahel region, Boucle de Mouhoun, but also in the center-north, and the East,” he says, adding that it is the biggest increase in the West Africa Sahel region.

More violence has hit the eastern part of the country over the last 15 days, as armed men burnt down 16 schools.

“Obviously the needs are exacerbated in Mali and Niger, but in terms of new displacement, Burkina Faso is skyrocketing,” he adds.

While the government and humanitarian organisations are working to help those in need, Payre-Costa says that NRC has only had 30% of their response funded, which is not enough.

“This 1 million number should really be a wakeup call for the international community about the daily violence against civilians,” he says.