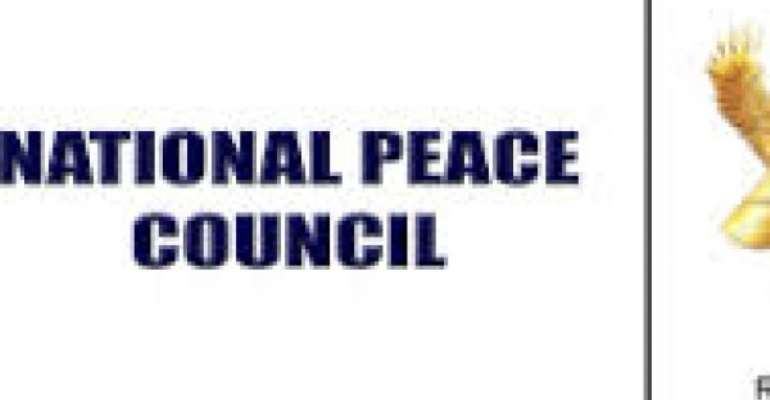 The Greater Accra Regional Peace Council has condemned the use of violence to resolve political issues.

It deplored the use of vigilantism and social social media to incite and perpetuate political violence, saying this phenomenon was a clear and present danger to Ghana's democracy.

In a speech, the Right Reverend Samuel K. Osabutey, Greater Accra Regional Chairman, Peace Council, said, violent expression of views along a wide range of issues including political and ideological lines should not be encouraged.

He said, certain individuals or groups of people tend to radicalize these differences and use violent means as a way of resolving their differences, adding that the activities of political vigilante groups undermined the nation's drive towards democratic maturity.

He was addressing an engagement attended organized by the Peace Council and attended by officials of the National Commission for Civic Education (NCCE), party leaders and other stakeholders at Kasseh—Ada in the Greater Accra Region, on how to eradicate vigilantism in Ghana, funded by the Danish Embassy.

"The Council among other things, was required to increase or create awareness on the use of non-violent strategies to prevent, manage and resolve conflict; facilitate the implementation of agreement and resolutions reached between parties in the conflict; promote understanding of the values of diversity trust, tolerance, confidence building, mediation, negotiation, dialoguing and reconciliation."

Madam Lucille Hewlett Annan, Greater Accra Regional Director, NCCE, told the GNA that the negative acts of political vigilante groups must be condemned by all, particularly civil societies in an attempt to also pile pressure on government and state institutions to deal with those who operate under the cloak of political vigilantism.

"It is therefore recommended that state institutions such as the Police, military and all security apparatus of the state should not only be well equipped but must be encouraged by regime heads and political leaders to deal rigorously with all forms of threat posed by vigilante groups without fear or favor.

"Our peace of mind can be guaranteed if we all behave as we are expected and those who flout the law are made to face the law, " she said.

The political leaders present told the GNA that they had been enlightened on the procedures of ensuring political vigilantism–free campaign before, during and after the December 7 polls.