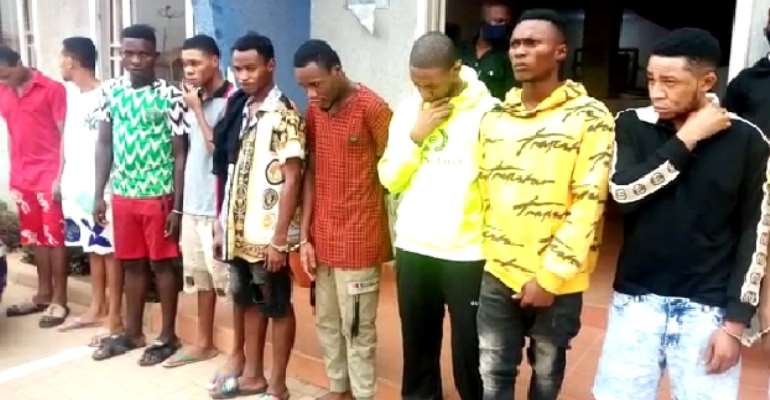 THE Prampram Divisional Police have dismantled a Nigerian cyber crime syndicate at Prampram in the Greater Accra Region.

A total of 19 suspects who were brought into the country illegally by their master were arrested in a crackdown on cyber crime and nefarious activities in the area.

Police retrieved from the suspects, laptops and mobile phones they allegedly used in committing crimes in a swoop in a house accommodating the suspects at Prampram.

The suspects are aged between 20 to 28 years.

He said the police arrested 19 suspects busily engaged in fraudulent cyber activities during the swoop.

According to the Commander, the suspects were brought into the country illegally by their master and they were living in one house where they undertake their nefarious activities.

Advising the public, the commander noted that “the public must be careful about these miscreants and know the kind of people they should be dealing with. House owners must also do background check on people who they lease their houses to.”

Touching on the next line of action, he said six of the suspects where naively brought into the country do engage in cyber crime but refused to do and were assaulted by their master would be handed over to the Ghana Immigration Service for deportation whilst the remain 13 would be made to face the law.