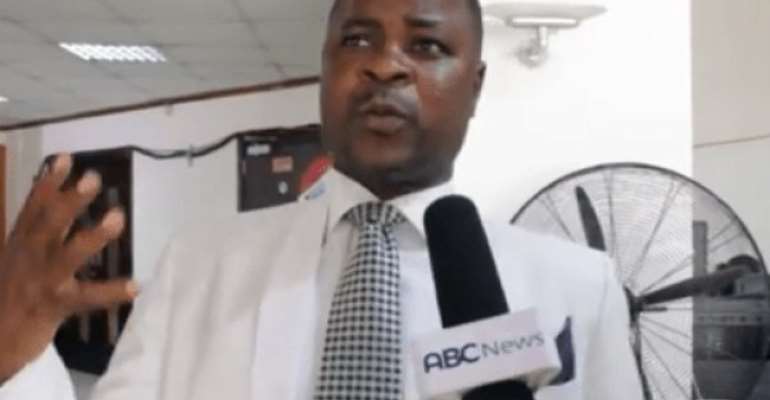 Member of Parliament for Tempane Constituency in the Upper East Region, Joseph Dindiok Kpemka, on Wednesday, 13th August, 2020, could not celebrate his 47th birthday as wished.

He rather spent a good part of the day refuting claims of his opponent, Lydia Adakugu, the NDC parliamentary candidate for Tempane, in the forthcoming Ghana's Election 2020, of poor show for development projects in the constituency.

At a press conference in the Parliament House, Osu, in Accra, the Deputy Attorney General, who is also the MP for Tempane Constituency, Mr Kpemka referred to a reported interview granted by his opponent to an Accra media house, in which he was accused of doing little to improve the lives of the constituents since becoming MP in 2017.

“The claims are unfortunate and untrue; you may crosscheck the facts on the grounds in Tempane for yourselves,” Mr Kpemka said.

He listed a number of projects that he had been developing or completed since he became MP, and began serving as Deputy Attorney General in the Akufo Addo-led Government of the New Patriotic Party (NPP).

“When I got elected into office, I was fortunate and privileged to be appointed to the position of Deputy Attorney General. Three years and even months down the line, I think I have done my fair share of development in the area,” Mr Kpemka said.

He identified the area as a vegetable growing area, where a lot of onions are produced and said nine of the dams, under the One District One Dam programme, nine of 10 dams proposed are fully completed to support dry season gardening.

On the road network in the Constituency, the MP said the six major roads are being given a massive facelift, with gutters, culverts and bridges, attracting a cost in excess of GH¢60 million.

Other project were 13 Basic Schools at various stages of completion , with seven at the roofing levels, and two brand new dormitories for the local Senior High School have been completed and being used,

The MP said during his term, about 3000 pieces of furniture had been provided to Basic schools.

According to the legislator, he was also sponsoring the mock Basic School Certificate Examination, and procured mathematical sets for BECE candidates.

Mr Kpemka spoke of initiatives that led to the procurement of a bus just last week for the SHS.

He also said he assisted a number of the constituents to get enrolled in the Teacher Training College, and through his influence, about 500 persons had been engaged with the Forestry Commission's afforestation programme.

The Deputy Attorney General said he had got about 3000 people on to Microfinance and Small Loans Centre (MASLOC), for which each person had been given GH¢1000.00 as start-up capital for small scale businesses.