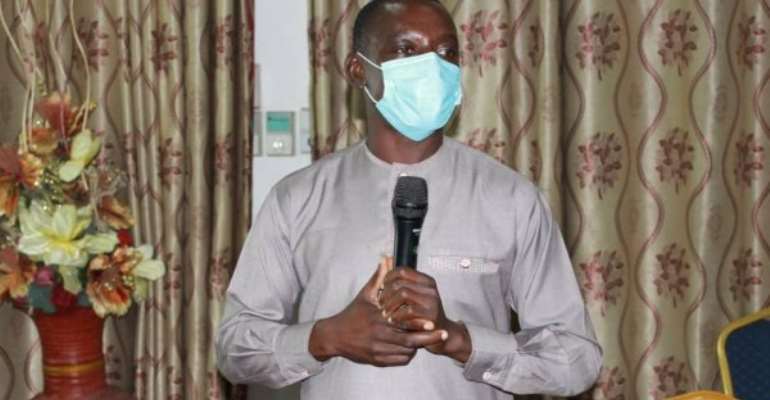 Africa Research in Sustainable Intensification for the Next Generation report has identified low budgetary allocations as some of the gaps in the country' s mechanization policies.

Over-reliance on tractor services at the expense of small farm implements and poor implementation of target credit support schemes on mechanization are also potential gaps.

The Africa Research in Sustainable Intensification for the Next Generation is a collaboration between Africa Rising Project and the Science and Technology Policy Research Institute of the Council of Scientific and Industrial Research (CSIR-STEPRI).

The study also revealed that post-production infrastructure like processing and others received little attention in the available policies and programmes implemented.

Dr Adams Abdulai, a Research Scientists at CSIR-STEPRI, giving an overview, said despite the gaps, the study also recognised several strengths in the approach to promoting agricultural mechanization in selected commodities based on comparative and competitive advantage.

"It also came to light that Agricultural mechanization, even without formal strategy adopted, is being carried out as an integral part of the national development process," he added.

He said because the national policy is to stimulate agriculture-led growth, many complementing policies that enhance agricultural production and productivity were put in place simultaneously.

The study, he said, also unravel a relatively good infrastructure in terms of training institutions and human resource in agricultural engineering in the country.

On the conduct simulation on sustainable intensification technology adoption, he said evidence showed that the adoption of agricultural technologies has a positive effect on farm incomes, food and nutrition security.

"While various crop, livestock and nutrition technologies have been generated and validated, the adoption of these technologies by farmers remains low, uneven, and varies."

Meanwhile, 79.1per cent indicated that the programme does not promote gender equity and social cohesion.

Dr Richard Ampadu-Ameyaw, a Senior Research Scientist, CSRI-STEPRI said the need for scientists to interrogate further the assertion that finance is a hindrance to the growth of agriculture could be overemphasised.

He said: "the lack of finance has been an old age perception and if the perception is bordering on only finance, then there will be a problem with the growth of agriculture in the country."