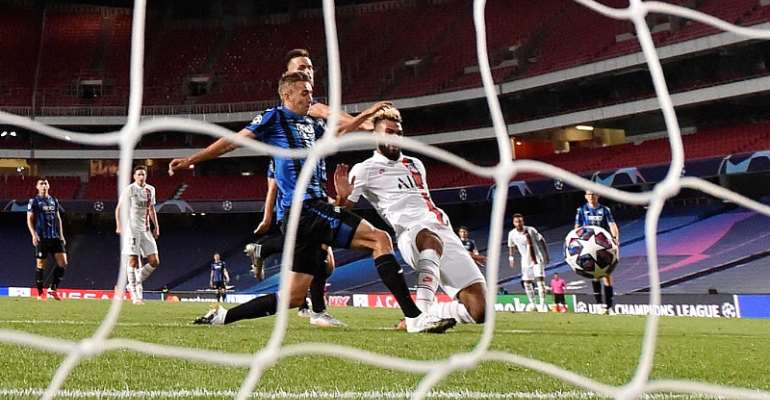 Paris Saint-Germain advanced to the semi-final of the Uefa Champions League on Wednesday night after two late goals fired them to a 2-1 win over Atalanta.

Trailing to Mario Pasalic's 26th minute opener, PSG looked all but dead as Atalanta clung on to their lead at the Estadio da Luz in Lisbon.

But wave after wave of PSG attack eventually yielded fruit as defender Marquinhos bundled home Neymar's pass from the left with the clock showing 90 minutes.

Before Gian-Piero Gaspirini's side could recover, the same wing proved their undoing.

Second-half subsitute Kylian Mbappé got in behind the tiring defence and he squared for Eric Choupo-Moting to guide the ball past Atalanta goalkeeper Marco Sportiello.

PSG, who are in the semis of European club football's most prestigious competition for the first time since 1995, will take on RB Leipzig or Atletico Madrid in the reconfigured tournament for a place in the final on 22 August.

Drama
That Thomas Tuchel's men needed such last gasp heroics was due in no small part to Neymar.

The 28-year-old Brazilian fluffed two - by his usual brilliance - simple chances within the first 20 minutes.

PSG paid the price for his lack of precision. Following a slick exchange of  passes to arrive on the outskirts of the PSG penalty area, Duvan Zapata fed Mario Pasalic to his right and the 25-year-old Croatia interational curled the ball into the top left hand corner of Keylor Navas's goal.

It was almost enough for the Champions League debutants.

"It was an incredible match," Neymar told French broadcaster RMC. "Atalanta are a great side who played really well. We're really pleased with what we have done.

"From the pre-match warm-up, all the way through the match and as even as time was running out, I never thought we were going home," he added.