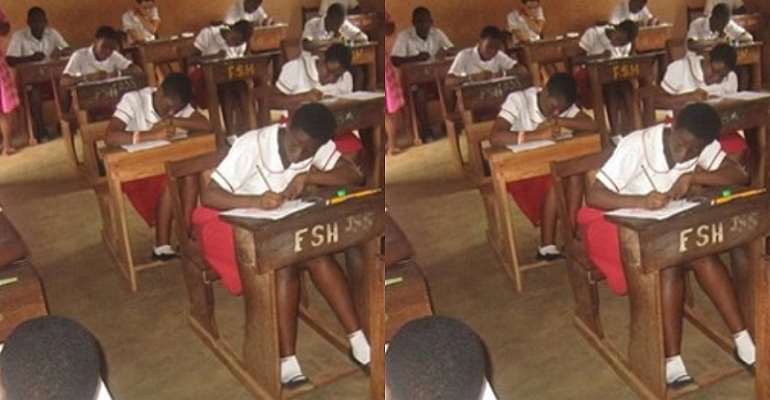 The Old Students Association of Bright Senior High School has expressed their disagreement over what they describe as unsubstantiated allegations by the Akyem Abuakwa Traditional Council which sought to question the credibility of tuition and certificate received by Students from the School.

The Akyem Abuakwa Traditional Council in a statement issued Monday August 10 called for the immediate closure of Bright Senior High School at Akyem Kukurantumi in the Eastern Region for allegedly perpetuating fraud in examinations over the years.

The Traditional Council headed by Okyenehene Osagyefo Amoatia Ofori Panin is also calling for the prosecution of the Proprietor of the School Bright Amponsah.

The statement copied to the Minister of Education, the Director-General of Ghana Education Service, the Director-General West African Examinations Council and Eastern Regional Police Commander further stated that “thorough investigation of the operations of Bright SHS over the last decade with particular concern with its dealings with certain officers of the West African Examination Council WAEC Also, to be emphasized and insisted, comprehensive auditing of the academic and social situation of Bright SHS by the GES and the police”.

The decision by Akyem Abuakwa Traditional Council was triggered by an assault on some WAEC officials and a Journalist by rampaging students in the School on Thursday, August 6.

The Old students while condemning “the terribly demeaning and uncalled for” action of the students, have also added their voices to “apologize to the general public especially, the Ghana Education Service and the West African Examination Council on the daft conducts of the students and with much assurance that, such a disturbing behaviour would not see the light again in the school,” a statement issued on August 11 by the Old Students and signed by Doku Edmund Koranteng -Secretary said.

However responding to the Statement by Akyem Abuakwa Traditional Council, the Old Students said the Council cannot use the unfortunate and really disturbing incident as a perfect ground to justify their demand for the closure of Bright SHS.

According to the Old Students, the statement made by the Traditional Council has no evidential backings and describing it as mere accusations and expression of opinions.

“To put forth our stance, there is no justification for the statement made by the Akyem Abuakwa Traditional Council. In point of fact, Bright senior high school has graduands from various tertiary institutions in the country and across the world respectively. We the old students are in the most prestigious universities in and across the country, reading the toughest courses in these institutions and yet, we are all excelling. Talk of those studying in China, Russia, United States of America, just to mention, but a few.

“We would want to also make it clear that, studying at the tertiary level is to a greater extent different compared, to the other levels of education. It’s factual that, students are not compelled nor mandated by any means to learn in the tertiary level hence the sole decision of the student to learn or not”

The statement issued by the Old Students Association of Bright SHS further said “another statement made by the Traditional council thus, “I am directed to express publicly that the exam results from the rogue Bright SHS are falsified’’, is also a well-structured statement carefully constructed to throw hot dust into our eyes. The statement has no substantial documents to support it on the tangent it wants to go.

“If they would want to come hard on this statement again, then they would have to answer the question: how possibly could students from Bright SHS make it through the entrance examinations and interviews which certain courses in the tertiary level like medicine, nursing amongst others demand before admissions are granted? If their claims of ‘falsified results’ could stand unshakingly, then their answer must be unyieldingly solid to flaw our stance.”

The Old Students therefore called on the public to treat the statement by Akyem Abuakwa Traditional Council with the contempt it deserve.

“We want to make it clear to the general public that the statement made by Akyem-Abuakwa Traditional Council is a sheer grammatical construction, hence need not to be considered.”

Milovan Rajevac to earn US$30,000 monthly as Black Stars Hea...
8 minutes ago