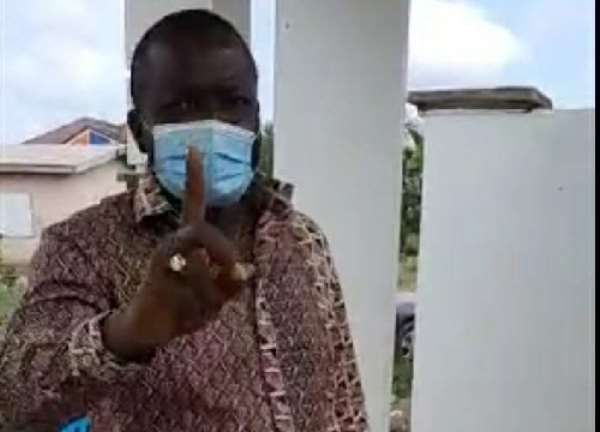 THE Management of Bright Senior High School, a private second cycle institution at Akyem – Kukurantumi in the Abuakwa – North Municipality of the Eastern Region, is apologising to the public over the conduct of their students for allegedly beating the WAEC Officials and a Daily Graphic reporter.

According to the management, the teachers never instructed the students to stop writing the paper and leave the school premises as it has been reported.

Students of Bright Senior High School last Thursday reportedly attacked officials of the West African Examination Council (WAEC) supervising the on-going WASSCE examination and a journalist in their school after they clashed with the officials after complaining to the School authorities bitterly about how the external invigilators deployed to the school supervising the examination have been very strict disallowing them to even go out to urinate.

The students say the situation is affecting them psychologically hence unable to write the exams, which forced the headmaster, Bright Amponsah to storm the school and asked the final year students to come out and attack the WAEC officials.

The WAEC officials namely; David Nii Djanmensah, Jerry Okine, Jacob Adikor, Emmanuel Asare, and a journalist with the Daily Graphic in Koforidua, Damalie Emmanuel Pacome who went to the school to verify the situation was beaten to a pulp by school guards and students.

Due to that, the West Africa Examination Council (WAEC) has suspended Bright Senior High School as an examination Center following the attack on WAEC officials by candidates.

However, the School authorities in a press statement on Friday, August 7, 2020, rendered an unqualified apology to President Akufo-Addo, Ministry of Education, Ghana Education Service, the media, and the general public for their misconduct, pledging not to repeat it.

According to the School, the Principal and teachers didn't instigate the students to assault the WAEC officials as being reported.

The statement noted that “the private security men from Spotlight Security Solutions posted at the entrance of the school by the WAEC officials prevented the principal from entering the school when they heard the noise, hence they didn't get the chance to stop the students or to instigate them as being reported by some media houses''.

“Though some of our teachers had been scheduled to partake in the invigilation of exams, they were substituted with external invigilators that morning without any prior communication and they all left for their various homes”.

“As has been done every year, the principal was on the school premises to ensure that students, WAEC officials and security personnel were conducting their activities without any challenges”.

“For the avoidance of doubt, none of the teachers of Bright Senior High School was allowed to partake in the invigilation of the Social Studies examination on 6th August 2020”.

DAILY GUIDE investigations gathered that the special deployment of external invigilators supervising the examination has been very strict disallowing them to even go out to urinate which is affecting them psychologically hence unable to write the exams.

Some of the students who narrated what led to the assault on the WAEC officials expressed shock at the attitude and conduct of the invigilators as they were emotionally traumatized.

The students alleged that the invigilators led by one Ama Asantewa reportedly told them that, they will see how they are going pass the examination and get grades to honor President Akufo– Addo as they are been tagged as ''Akufo-Addo Graduates'', which her actions provoked them to get to know why they were being strict on them.

She allegedly said that ''We will make sure you failed the papers as President also end his final term''.

A male student [name withhel] explained that he was physically assaulted by a private security guard deployed to the center after asking permission to visit the washroom which some bruises were found on his nose and had a doctor's form to prove his allegations.

Another young lady also narrated a male invigilator looked on her nakedness as she was changing her menstrual sanitary pad.

“I went to the washroom to change my sanitary pad and to my surprise; a male invigilator pounced into the place while I was naked. Can you imagine he looked on as I change myself to dress?” she complained bitterly.

“I was a bit frightened of the paper. So immediately the question paper was placed on my table, I had my menstruation and therefore asked for permission to go out and change. However, the security man prevented me from entering the hall and therefore I could not write the paper” another female candidate shared her ordeal.

The students said they are emotionally and psychologically fit to write the rest of the papers at Ofori Panin Senior High School (OPASS), despite the relocation of the examination center.