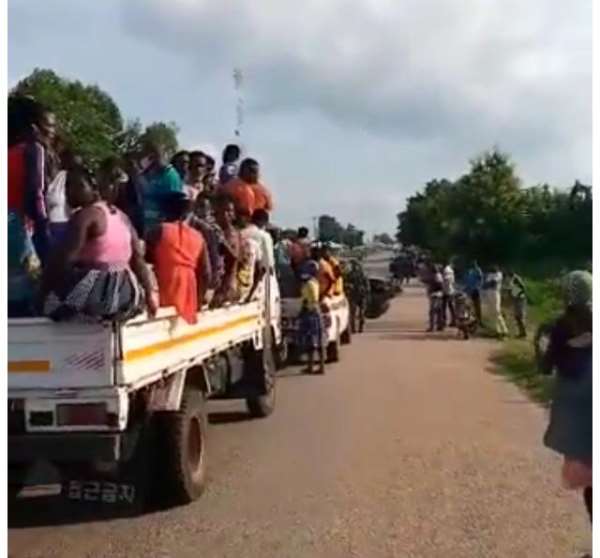 Former President John Dramani Mahama has given reasons why the NDC decided to transport persons to a voter registration centre at Banda before they were subsequently turned away by the military.

According to the former President, the persons who were being transported to the registration centre were all Ewes who have settled around the River Black Volta for decades.

Speaking at Kete Krachi in the Oti Region to Eric Ahianyo in an interview on Woezor TV; the NDC Flagbearer indicated that the busing of those people was triggered by the fact that their total number is not up to the number that requires the Electoral Commission to put a ballot box at where they were transported from.

This John Mahama said is the reason why the NDC had to arrange for transportation for them as the distance from their villages to the registration centre is long.

According to him, the party realised a lot of those people could have been disenfranchised due to the distance one has to walk to the registration centre.

He expresses sadness that those Ghanaians who were being assisted with transportation were all turned away by some military personnel in the area who labelled them Ivorians and not Ghanaians.