Until Allowances Are Paid Us, We Won't Write Our Exit Exams – School Of Hygiene Students 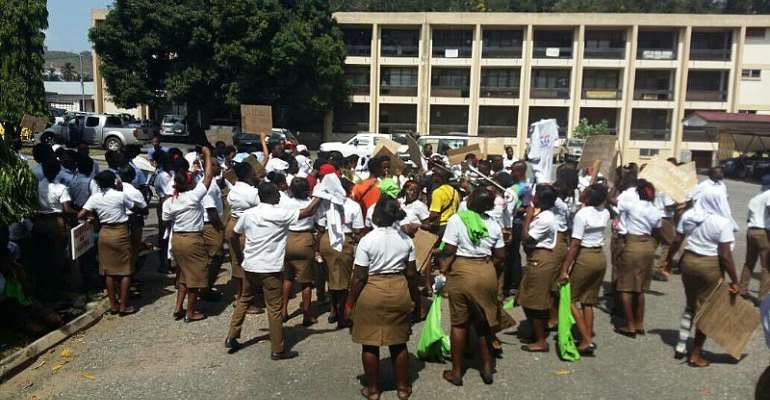 The leadership of the Coalition of Schools of Hygiene students says its members will not sit for the end of semester examination meant for final year students until their three-year unpaid allowances are paid.

The final year students on Thursday August 6 invaded the premises of the Sanitation Ministry to picket over government's failure to pay them their allowances.

The students argue that their allowances have been completely scrapped without reason although government has restored the allowances of their colleague nursing trainees.

The National Vice President of the Coalition, Kenneth Adongo says until they receive the funds they will not make themselves available for the exit exams.

“We are indicating that without the allowance we will not write the exam. This will be until we receive the allowance.”

Students of Schools of Hygiene were not included in the categories of trainees who had their monthly allowances from the government restored.

The situation saw the Principal of the School of Hygiene at the Korle Bu Teaching Hospital in Accra, Mr Raphael Komla Nutsukpui in 2018 calling on the government to restore the allowances of the trainees.

In 2017, about 200 students of the School of Hygiene staged a demonstration on some principal streets in Accra to demand the restoration of their allowances.

The demonstration, which began from the Obra spot at the Kwame Nkrumah Circle, ended at the Hearts of Oak Park near the Arts Centre. 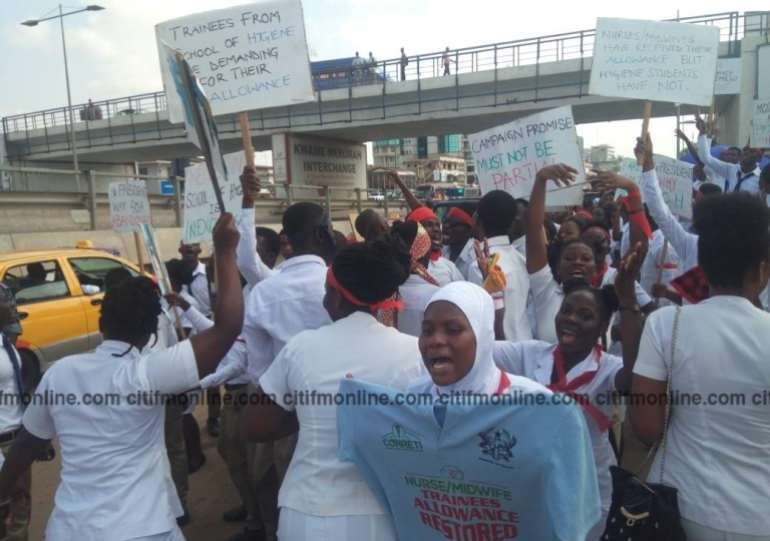 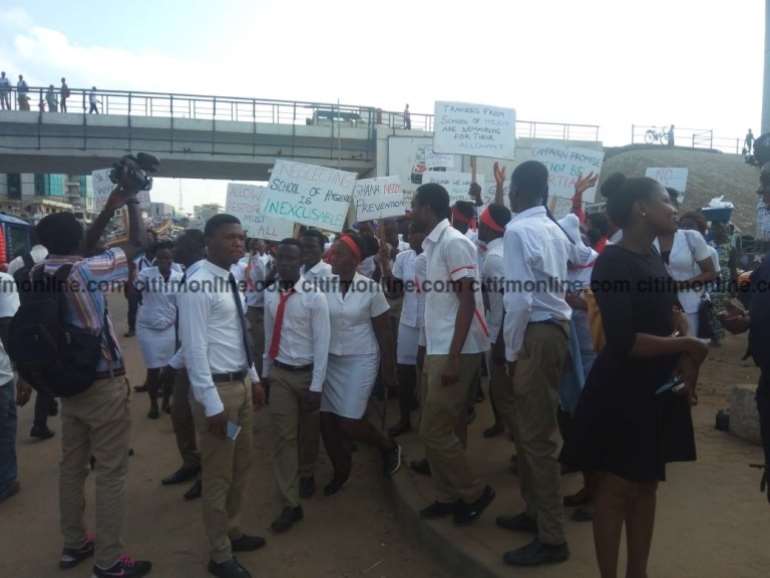 Another student bemoaned the delay in restoring their allowances, saying “our allowances should be given to us, why are you [government] neglecting us?”

“We want our money, Nana wants to deceive us. We will not rest until we receive our money,” one of the students stated.