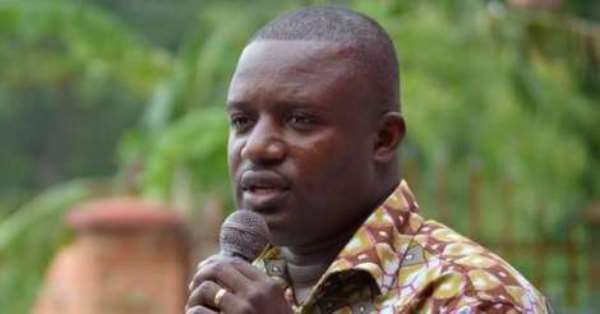 My attention has been drawn to a fake document published on Mr. Gabby Asare Ochere-Darko’s Twitter handle claiming it was a load shedding schedule published by the Energy sector SOEs in 2016.

For the avoidance of doubt, I wish to state emphatically that the said document is fake! There was no load shedding schedule published in the whole of 2016.

It is obvious that the nephew of President Akufo Addo is sensing a humiliating defeat come December 2020, arising from the abysmal record of their Government. This knee-jerk strategy of forging and concocting documents to divert attention from the sinking image of his Government will not wash.

Such fabricated documents can only emanate from desperate and confused people.

If Gabby cares to know, the Mahama-led Government successfully and comprehensively resolved the protracted Power challenges twelve clear months before handing over power to President Akuffo-Addo whose record in office has been a complete and total failure.

I challenge Gabby to produce the source of this spurious and dubious document or withdraw same with an apology.

The issue of who resolved the erratic power supply has long been settled with the sitting Vice-President acknowledging in March 2016 that President Mahama had indeed ended Dumsor:(https://ghextra.wordpress.com/2016/03/02/mahama-deserves-no-credit-for-fixing-dumsor/)

Was Gabby sleeping when the running mate to President Akufo-Addo made these comments or is it the case of selective amnesia?

Let me assure Gabby and his acolytes that they may have succeeded in lying their way to power but will certainly not succeed in retaining power with same strategy this time.

Ghanaians have had enough of the distortions, deception and blatant falsehoods that have characterised the Akufo-Addo-led government.

Changing this "I am not aware" Akufo-Addo led Government at this moment is a civil responsibility and a national duty.

I lied that you contracted covid-19, you didn’t also chop co...
26 minutes ago