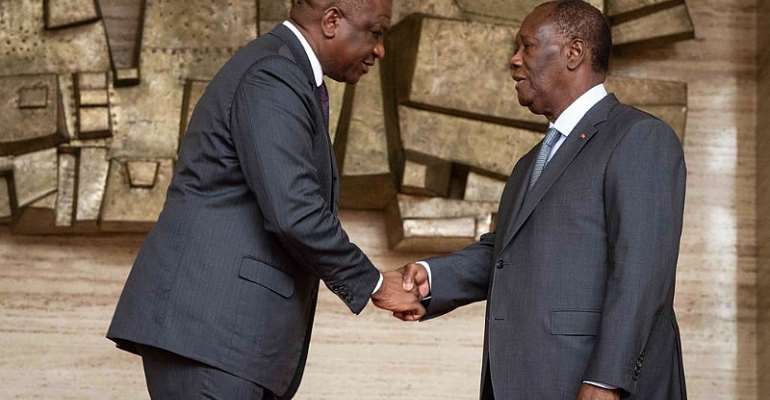 Bakayoko had temporarily taken on the role of prime minister after the death of Amadou Gon Coulibaly and will now take up the post on an ongoing basis. He will also continue to hold the defence portfolio.

He is seen as a close ally of Ouattara and has been a member of the cabinet since the incumbent president came to power in 2011. Before taking charge of the Ivorian armed forces, he spent six years heading up the ministry of the interior and security.

Bakayoko, as well as former PM Gon Coulibaly had emerged as one of the favourites to become the flag bearer for the ruling party in the country's October presidential elections. But it was Gon Coulibaly who won support of the Rally of Houphouëtists for Democracy and Peace (RHDP) in March 2020 to represent the party.

The ruling party has now rallied behind incumbent President Ouattara to stand for a third term.

A long political career
The new head of the Ivorian government has long been a supporter of Ouattara and involved with the Rally of the Republicans (RDR) party, one of the parties which formed the ruling RHDP, since its creation in 1994.

In 2003, Bakayoko became minister of new technologies in the government of national unity led by Laurent Gbagbo, a move instigated by Guillaume Soro. Bakayoko kept the job until 2011 when his mentor Ouattara took power and named him interior minister.

Bakayoko took over the defence portfolio in 2017 with the mission of putting the military back on track following a number of mutinies.

Since May and the hospitalisation, then death of the former PM, Bakayoko took over the job temporarily, with his permanent appointment widely expected.

Government to reclaim mined-out areas in Ghana
27 minutes ago