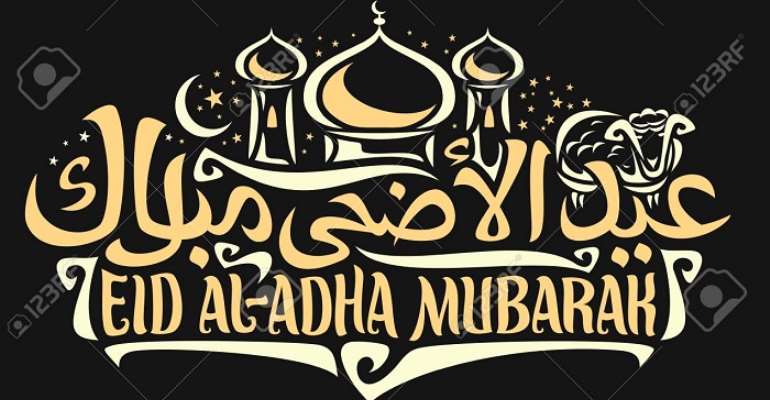 Muslims around the world are commemorating Prophet Ibrahim or Abraham's exhibition of ultimate selflessness and submission to the will of God.

He was asked by God to sacrifice his son and just when he was on the verge of doing so, a ram was presented to him by an angel. He had passed a spiritual test in submission to the demand of God, his Creator.

Besides the merriment associated with the consumption of mutton and beef, the spiritual dimension of the occasion should not be lost on us.

The Vice-President, in his felicitation to members of his faith, charged Muslims and their non-Muslim compatriots to imbibe the spirit of selflessness and sacrifice as exhibited by Prophet Ibrahim.

Indeed, ignoring the morals in the Prophet Ibrahim's feat would reduce the importance of the occasion to nothingness.

It is for this reason that we ask that we as Ghanaians recall the picture of the early days of the lockdown occasioned by the Covid-19 pandemic. All of a sudden a certain sense of hopelessness appears to have engulfed the world.

Mankind wondered what was going to happen to the world, especially as scientists were totally ignorant of the plaque that had befallen the world.

It was a period when those who hardly thought about God turned to the Supreme Being because it had dawned upon them that there is a spiritual authority which directed the affairs of mother earth as a microscopic virus tormented and killed human beings in their thousands.

Reflecting therefore upon such spiritual occasions, especially in the face of a raging pandemic whose stubbornness has held all of us in awe, is an important thing to do.

It is equally important to observe the sacrifices which health workers put up in the early days of the pandemic but for which we would have written a different story today.

Sheikh Ishak Numaah, one of Ghana's outstanding Islamic clerics, in one of his sermons, pointed out that what Prophet Ibrahim did when his faith was tested by God represents as he put a total submission to the Creator and Omnipotent.

We too should be able to exhibit this trait when our sacrifice is needed to save mankind when he is faced with a calamity as in the times we are in today. The observance of the hygiene protocols, among others, are some sacrifices we have to make as we adjust to new normal ways of living regardless of how hard this might be.

The issue of supporting the needy or vulnerable is another aspect of this season.

The demand that those who sacrifice animals on such an occasion part with a substantial part of the livestock to others who are unable to provide same for themselves is a form of sacrifice.

Islam upholds the spirit of assisting the have-nots. It is during the reflection on such occasions that we can appreciate the importance of giving and sacrificing.

We wish members of the Islamic faith a wonderful celebration laden with a reflection about the direction of our country and the world at large. Barka da Sallah.