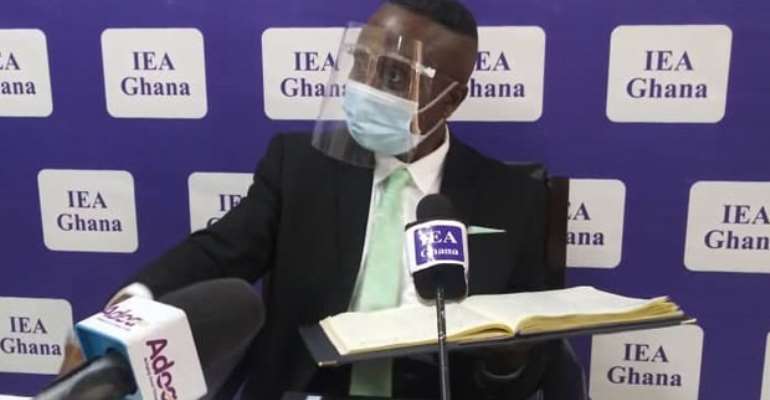 The Institute of Economic Affairs (IEA) has urged government to as a matter of urgency review the policy on tax exemptions.

The Institue is saying that if possible scrap it off in order to tackle the high tax revenue losses incurred by the state annually.

With an estimated GH¢5 million (nearly $1 million) annual tax revenue lost through tax exemptions; the institute also called on government to pass the Tax Bill which has been in Parliament for about two years to “plug a big hole in the tax system.”

Senior Economist at the IEA, Dr. John K. Kwakye, speaking at a press conference in Accra on Tuesday, noted that the high spate of tax exemptions awarded to a variety of companies, non-governmental organizations (NGOs), diplomatic missions, government officials and private individuals had given rise to “considerable abuse with considerable lobbying for preferential treatment,” a situation which necessitated the need for authorities to place the bill before Parliament.

“The political will to pass the bill, has, however, been lacking,” he bemoaned. “This appears to be due to entrenched interests of the political class, many of whom are beneficiaries of the exemptions,” he said.

In his presentation, Dr. Kwakye stressed that Ghana had a “persistent” problem with revenue mobilization as the country collected only 12 to 13 per cent of its gross domestic product (GDP) in taxes—a figure which he said compared “unfavourably” with an average of over 25 per cent for middle income countries and key African peers like Rwanda (15%); Ivory Coast (18%); Kenya (18%); South Africa (28%) and Seychelles (32%).

He added that “Ghana's tax effort falls short of the minimum threshold of 20 per cent set under the proposed Eco currency system of the Economic Community of West African States (ECOWAS).”

“It follows therefore that if the sector is effectively taxed, tax revenue will increase to some extent,” he added.

Persons targeted in the informal sector included mechanics, hairdressers, tailors and other artisans who employed at least a few people, rather than the kayayei, kenkey, waakye and ice-water sellers who had tiny net incomes, he said.

The Institute also called for a “strict surveillance system” backed by a strong sanctions regime to be instituted to deter and minimize the incidence of tax evasion and other forms of tax-associated losses.

Government to reclaim mined-out areas in Ghana
15 minutes ago