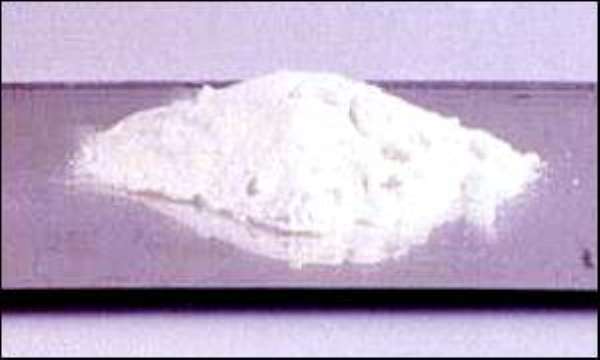 Grace Asibi, the woman at the centre of the East Legon cocaine case bribery yesterday told the Justice Wood committee investigating the matter, that Superintendent Edward Tabiri demanded money from her, allegedly to be given to the Inspector General of Police (IGP).

She said that Supt Tabiri threatened to publish the picture and identity of her boyfriend, Gerard Vasquez who is on the run, if she failed to make the money available to be given to the IGP who Tabiri said had then returned from a visit to France.

Asibi, who did not mention the amount demanded, made the allegations yesterday when the committee sought further clarifications on her earlier evidence.

She alleged that Supt. Tabiri demanded the money to be given to the IGP as his share before the case could be disposed of.

She said she could however not provide any money because she could not impress upon her boyfriend to release the money.

Asibi said Supt. Tabiri demanded the money some time after she had already given him 200,000 dollars in two instalments of 170,000 dollars and 30,000 dollars to him in his office at the Police Headquarters on November 24 and 25, respectively. That was after the police had raided the East Legon house, seized a quantity of cocaine and arrested two Venezuelans.

She said Gerard Vasquez, who she maintained was in town during the November 24 raid, gave her the 200,000 dollars to be given to his friend, Supt. Tabiri, but she did not bother to find out what the money was for.

Asibi said she went to the East Legon house with the money for Tabiri when the raid was on but he asked her to go and wait at the Tetteh Quarshie Interchange from where he picked her to the headquarters and she handed the money over to him.

She explained that she first gave him 170, 000 dollars because Supt Tabiri refused to give her a receipt and only handed him the remaining 30,000 dollars after Tabiri had called Vasquez to complain about her refusal to give him all the money.
During cross examination, Supt Tabiri admitted asking for money to be given to his boss, but explained that it was a bait to get Vasquez into the country.
He said he asked Asibi to convince Vasquez to come in person with the money, promising that he would assist Vasquez to write a statement that would exonerate him from the cocaine crime.

“These are very sweet words to bait and convince Vasquez to come,” he said, adding that he would have arrested both Asibi and Vasquez if they had turned up with the money.

He said Asibi also told him that somebody (name withheld),had told her that Tabiri was “too difficult” and the only stumbling block in getting the case transferred to NACOB.

Supt Tabiri said after getting that information, he asked Asibi to provide the money to be used to satisfy his bosses and the investigators on the case, to avoid any suspicion should the case be transferred.

He explained that he asked for that money as a ploy to get to know who in NACOB wanted to “kill” the case.

He said he did not demand money from Vasquez through Asibi until the arrest of Rosa Iris Dosoo, also called Rosita, a secretary at Compuchex, a company belonging to Vasquez and another partner.

Supt Tabiri said Rosita, whom Asibi claimed had threatened to kill her following a misunderstanding between them, confided in the police that Asibi had requested her to ask Vasquez to send her 300,000 dollars to bribe some policemen to drop the case.

In another development, the six witnesses before the Justice Wood Committee who have been arrested for their alleged involvement in the disappearance of 77 parcels of cocaine from a vessel at Tema, were brought in handcuffs to the committee sitting yesterday.

But there was no hearing on that case since sitting had been suspended pending the transcription of the tape recording of the proceeding of a purported meeting in ACP Kofi Boakye's house at which drugs were heard being discussed.

The chairperson of the Committee, Mrs. Justice Georgina Wood told the Counsel for ACP Boakye and the Police personnel who brought the suspects that they should be brought back sitting on Thursday when the tape recoding is expected to have been fully transcribed.

They were brought under tight security escort about 30 armed policemen.

The security at the sitting was also tightened yesterday, with each of the six committee members having a bodyguard, while about four armed policemen guarded the door.

Snake rescues 15-year-old-girl from alleged kidnappers in Kr...
26 minutes ago