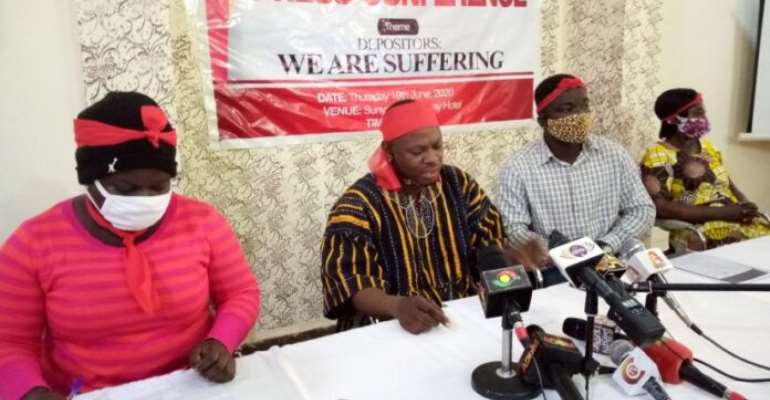 Aggrieved customers of collapsed savings and loans companies have welcomed former President John Mahama’s promise to pay all customers their locked-up funds within one year in office.

Ezekiel Annor Akagbo, Secretary and spokesperson for the group, on Anopa Kasapa on Kasapa 102.5 Fm, emphasised that voting in John Mahama to fulfill his promises within a year is to a large extent meaningful rather than waiting for five years to be paid their full deposits under the Akufo-Addo regime.

The Flagbearer of the main opposition NDC, John Dramani Mahama has promised to pay within one year, the locked-up funds of all customers of the collapsed financial firms in the banking sector cleanup undertaken by the NPP government.

This came up at the outdooring of Mahama’s running mate, Professor Jane Naana Opoku-Agyemang in the capital, Accra.

The former President while addressing the gathering said his administration will not put together any long plan that will delay the payment.

“We will Within one year of being in office pay customers of the collapsed financial institutions all funds locked up,” he stated.

In a reaction to the development, Annor said his members had a sigh of relief following the former leader’s promises last night.

“Infact my members are very happy and they have faith in Mahama that he’ll do a full-scale payment of our deposits. It’s even more refreshing that he has said that within one year he’ll pay all the 3.3 million customers within a year. The namby-pamdy approach by this government has not helped matters and so we won’t risk it anymore.”

Akufo-Addo not bound to nominate recommended MMDCE hopefuls ...
56 minutes ago