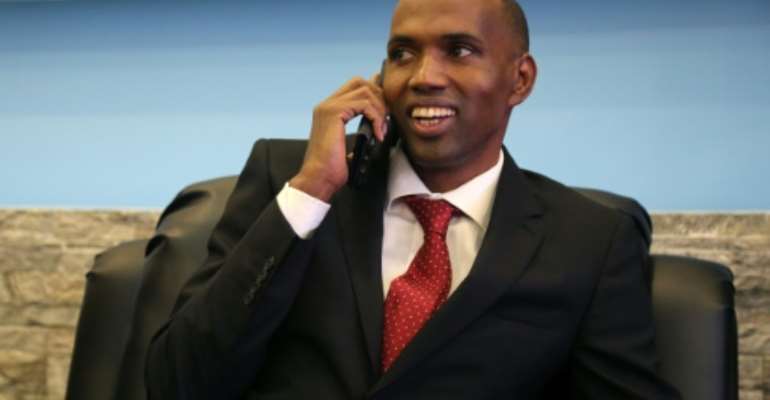 Somali Prime Minister Hassan Ali Kheyre has been in a parliamentary no-confidence vote over the nation's 2021 election plans. By STRINGER (AFP/File)

Somalia's parliament removed Prime Minister Hassan Ali Khaire from his post in a vote of no confidence on Saturday for failing to pave the way towards fully democratic elections, the speaker said.

A whopping 170 of parliament's 178 MPs backed the no confidence motion, and Khaire's ouster was immediately endorsed by President Mohamed Abdullahi Farmajo, who had appointed him as prime minister in February 2017.

The deputies had arrived at the National Assembly on Saturday to work on the organisation of the next national elections in 2021.

"After learning that the government had failed in its promise to prepare a clear plan that paves the way for one-person-one-vote elections in 2021... parliament undertook a vote of no confidence against the government and its prime minister Hassan Ali Khaire," parliamentary speaker Mohamed Mursal told reporters.

"The president of the federal government of Somalia... will appoint a prime minister and a government which will pave the way for elections," he added.

The office of the president issued a statement indicating that Farmajo would nominate a new prime minister soon.

"I have decided to accept the decision of the parliament," the president said in the statement.

The fragile central government, chaired by Farmajo, controls only a part of Somali territory and is facing an insurgency from the Al-Qaeda-affiliated Al-Shabaab militant group.

Somalia has set itself the goal of holding a one-person, one-vote national election in early 2021 -- as opposed to a complex system in which special delegates pick lawmakers who then vote for the president -- in what would be its first full democratic election since 1969.

Khaire, 52, was a newcomer to the political scene when he became prime minister, having previously held the post of Director of the Africa department of the British oil company Soma Oil and Gas.

Khaire is a member of the Hawiye clan while Farmajo is from the Darod clan, in keeping with the traditional balance at the top of the Somali executive.