Storia di vita: Episode 2 (Who is at risk) 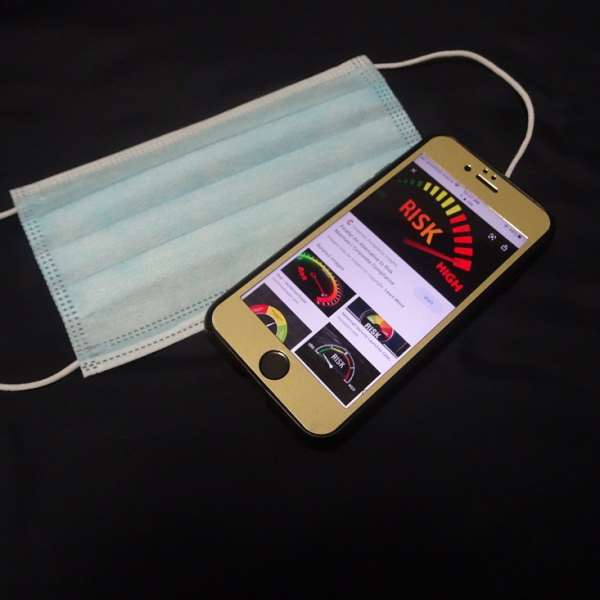 Each day, the numbers kept rising; Kuukua was terrified as Efua resumed work. “Are you sure you will be safe?” Kuukua asked. Efua nodded. “Aw…, don’t be a cry baby,” Efua said as she hugged her sister. “I will call the embassy to find out if there are any plans to help get you home safely,” Efua added. “I hope they come up with one soon, I don’t want my visa to expire here, Kuukua said.

Efua had to take extra precautions at work, wearing protective gear all the time. She worked hard each day. Sometimes she got overwhelmed, but it was her duty, and she loved her job. On the other hand, Kuukua wondered as she thought of how risky it was for Efua to work in times like these.

Kuukua started to read articles on the internet about the outbreak. From her readings, she noticed how susceptible people with multiple medical conditions were to the viral infection. She feared for her mum and her grandma. “Who could escape this?” Kuukua thought. “Though there have been lots of warnings, are people willing to follow directives,” Kuukua screamed in her head as if to tell the whole world. Deep down, she wished people would listen to the directives to stay safe.

The coronavirus outbreak was new, and just like all new infections, there were usually no proven medications for it, especially in the first couple of weeks or even months. Though there are lots of researches ongoing, it was hard to know when a new drug could fully resolve the symptoms or even cure infected people.

Kuukua sat at the balcony, deep in thought, thinking of how things would unfold after these hard times. She could hardly hear her phone ring.

Kuukua quickly dashed for her phone in her room as if her life depended on it. “Hello,” She answered. Immediately the person spoke, she knew who it was. Kuukua could hardly hear her. “What is wrong,” Kuukua asked. Lebene sniffled. “I argued with George,” Lebene uttered. “Please calm down,” Kuukua responded.

Lebene and Kuukua had been friends since childhood. Kuukua listened to Lebene for over 30minutes; Kuukua felt bad; how would she tell Lebene that she might not be able to make it to her wedding. Considering all she was going through. Lebene had been having lots of arguments with George, her fiancé, lately because she wants to invite a lot of people to her wedding. This pandemic seems to spoil her plans, and George felt that they needed to review their wedding plans, but she refused to understand. She was more distraught, thinking that her favourite auntie might not make it to her wedding.

Kuukua sighed and said. “What if her wedding became an arena for the spread of the disease, would you be able to live with the repercussions. Think of the people that might be at risk if you went ahead with your plans.

“Consider the most vulnerable people like; the diabetic patient, the smoker who has his lungs already compromised, the aged, the children, those who are immunocompromised, and those who are obese. Having a big wedding is ideal, but let us think of the aftermath of watching each of your friends get sick or probably die because you decided to gather all of them at your wedding.”

Lebene sighed and uttered. “I didn’t think of it this way. I would have to talk to George, thank you.” Kuukua ended the call and laid on her back, thinking of how complicated this pandemic has made her life. Her phone rang again. This time it was Efua; she informed Kuukua that she is in quarantine after mistakenly exposing herself to a coronavirus patient.

Kuukua could not speak. Her eyes welled up with tears, and she could not stop them from streaming down her lovely face.

To be continued…
Question for the day;
Who is at risk of contracting the COVID-19 infection?

Disclaimer: The purpose of Storia di vita is to educate the public on health issues. All characters, events, and incidents used in this story are fictitious and the product of the author's imagination. Any resemblance to actual person living or dead or actual events is purely coincidental.