Why Should New Life Lose Life? 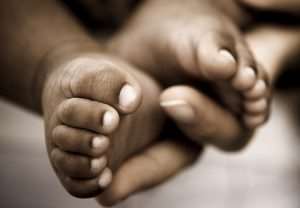 In a time where critically ill patients rely on ventilators to keep them going, no one should deny anyone the right to be given oxygen during such emergencies, especially newborn babies. In Ghana, there is a status quo that pushes lots of women to aspire to have their children for fear of being stigmatized. Many women are willing to go to the ends of the world to have their children by patronizing fertility clinics, faith healers, and taking herbal concoctions.

Why should women go to all these lengths, and for what? To have babies that might lose their lives due to negligence or a lack of oxygen. The rate of neonatal and maternal morbidity and mortality is nothing to be desired, especially in an era where there have been lots of complaints about negligence on the part of some health care providers in the country. According to the world health organization (WHO), global health observatory data; a child in the WHO African region is six times more susceptible to dying before completing the first year of age than their counterparts in the WHO European region.

Sometimes some of these neonatal deaths in developing countries like Ghana are caused by delays in rendering essential treatment to neonates. Recently, a newborn lost her life at a referral center. The mother of this child was said to have delivered twins. The baby in question had some complications; hence the baby was referred to another hospital. Unfortunately, the baby lost her life after been denied oxygen for about six hours. Why should oxygen be unavailable at critical situations like these, why should the one in charge of oxygen be unavailable to render this lifesaving procedure, why should this be so?

Also, some healthcare practitioners exhibit an attitude of negligence by denying access to patients at referral points in their facilities with excuses such as lack of beds, or oxygen or even lifesaving medications. An example is a story of a lady who had a difficult labor and eventually delivered an asphyxiated baby. The midwife performed a lifesaving procedure to revive the baby, but the baby’s condition did not improve. The only midwife on duty placed a call to three referral hospitals but was denied on the grounds of no oxygen. A private facility accepted the baby but later referred them to one of the hospitals that rejected them. On arrival, the nurses did not attend to them in time and continued with what they were doing. When they decided to take care of the baby, the baby had died.

Making direct inferences from the actions of some of these health care practitioners could raise issues about their passion for their chosen field of occupation, their empathy for their patients, and grievances they may have concerning their work conditions. Why should things like these happen in a developing country interested in opening its borders to expatriates? Could they be guaranteed a safe health care delivery system? What about the citizens, do they not deserve the right to have an excellent healthcare system?