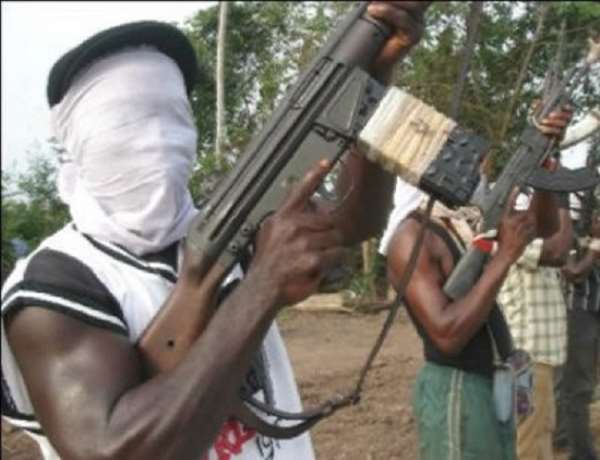 Information reaching this portal indicates that the lawyer of the National Chief Imam, Lawyer Seidu Nasigri has been attacked and shot by armed robbers at Yagaba in the North East Region.

DGN Online gathered that the lawyer and his brother were shot when they were on their way to Yagaba for the ongoing voter’s registration exercise in the area.

The armed robbers also robbed about 30 passengers at the same spot of their money and valuable items.

In an exclusive interview with DGN Online, Lawyer Seidu Nasigri said he and his brother were on their way to their village to register for the ongoing voter’s registration exercise and that at a junction in Yagaba they saw armed robbers robbing passengers of a particular vehicle.

“We saw a lot of people on the ground about 30 people being robbed by the robbers,” he said.

According to him, the robbers fired towards them.

“ The bullet hit my brother who was driving so I opened the door and fell on the floor and was shouting .”

Lawyer Nasigri stressed that after the robbers robbed them of their money and other valuables they escaped into a nearby bush.

“My brother could not drive so I drove to a clinic in Yagaba and they were able to stabilize us and then arranged an ambulance for us to be taken to Tamale Teaching Hospital.”

The Chief Imam's lawyer said the incident have been reported to the police in the region.

Gov't hands over seized rosewood to Trustees of National Cat...
40 minutes ago