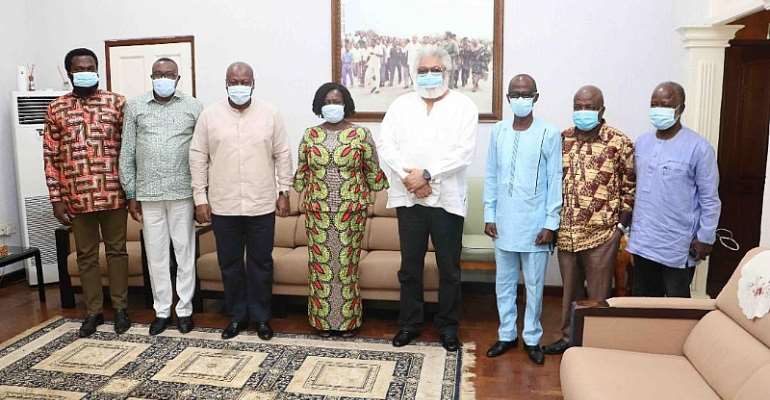 The former President said prior to the announcement, he was informed by the party's Presidential candidate, former President John Dramani Mahama that following consultations with the party hierarchy, Professor Opoku Agyemang was the favourite among a list of shortlisted candidates.

The party founder urged Professor Opoku Agyemang not to deviate from her principles of integrity.

He also urged Ghanaians to go out to register towards the December presidential and parliamentary elections, calling on political parties to desist from activities that will create civil unrest.

Earlier, former President John Mahama in introducing his running mate said Professor Opoku Agyemang had the credentials worthy of her selection and listed several achievements including her appointment as the first female Vice Chancellor of a Ghanaian university and her significant contribution to the educational sector during her tenure as Minister. 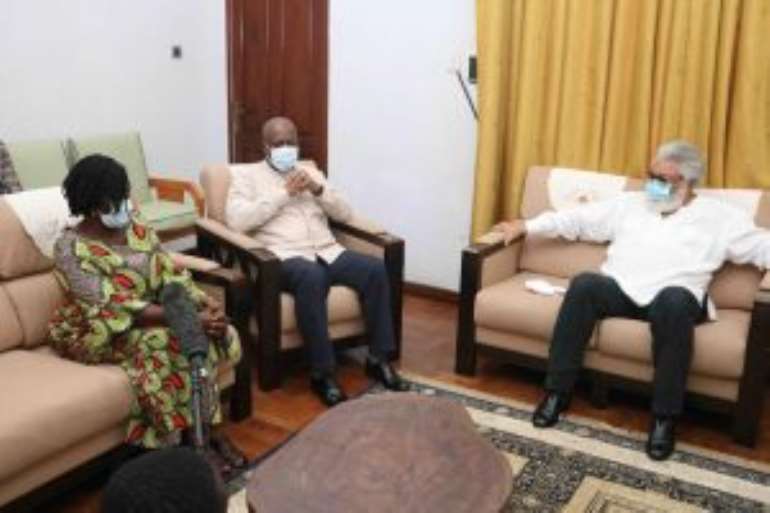 General Mosquito as he is popularly known, said the Vice-Presidential candidate was outstanding and he was confident the party will win the upcoming elections.

He said the selection of Professor Opoku Agyemang goes to prove internationally that the NDC stands for the promotion of youth and women empowerment.

Chiefs and Queen mothers of Nadowli-Kaleo congratulate Alban...
2 hours ago