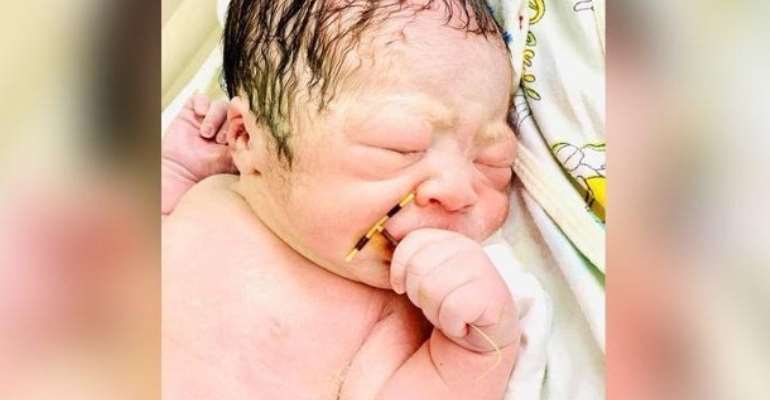 Baby Is Born With A Spiral

A triumphant gesture, a newborn holds the spiral that was supposed to protect his mother from pregnancy. Nevertheless, the baby was born.

This photo from a hospital in Vietnam is now an internet hit, they show a newborn holding the spiral of his 34-year-old mother firmly in his hand. It looks like the contraceptive is a reminder of the time in the womb.

When the little boy was born at Hai Phong International Hospital in Hai Phong, the spiral also came out of the mother's uterus, according to the nurses. The copper T-shaped contraceptive was supposed to prevent pregnancy. But sometimes something goes wrong, for example when the spiral slips.

The Midwife put spiral in the baby's hand after birth

The snapshot was taken by the midwife Tran Viet Phuong, as journalists in Vietnam reported. After giving birth, she put the spiral in the baby's hand and then decided to take a picture of this unusual moment. Later the picture ended up on Facebook, but details about the mother were not given.

The newborn child is said to have two brothers. As the obstetrician, Phuong suspected, the spiral may have detached from its original position. If this happens, she can no longer prevent conception. That is why medical-doctors in Germany advise their patients to have regular ultrasound checks.