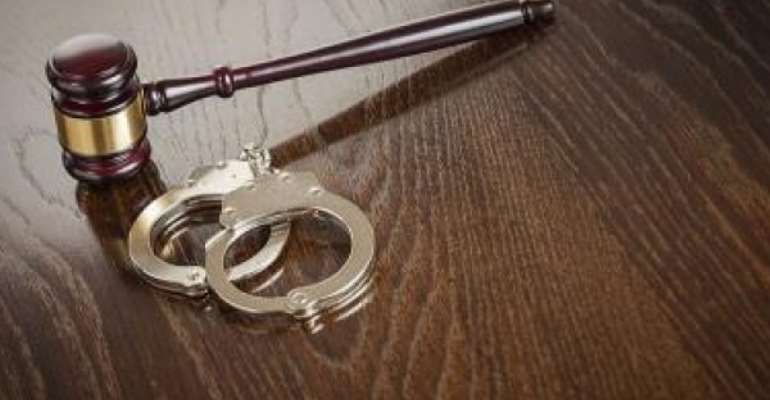 A Cape Coast Circuit Court has jailed a 56-year-old painter nine years in hard labour for attempting to defile a 10-year-old girl.

John Annan Friar pleaded guilty to the charge of abduction of a child under 18 years and attempting to defile her.

Prosecuting, Chief Inspector John Asare Bediako told the Court, presided by Mrs Dorinda Arthur Smith, that the complainant, the mother of the girl, lives in the same vicinity with Friar at Ntsin in Cape Coast.

He said on Wednesday, June 3, this year, at about 0900 hours, Friar woke the sleeping girl up and signalled her not to make noise to alert her mother, who was watching television in her room.

He took her to his room and told her to undress and ordered her to massage his erected penis, which he rubbed on the girl's vagina.

The Prosecutor said he then tried to penetrate but could not and the girl pleaded with him to stop but to no avail.

Prosecutor said Friar then smeared shea-butter on his penis and tried again to penetrate but he could not but kept brushing his penis on her vagina until he ejaculated.

He ordered the girl to dress up afterwards and gave her GHc2.00 but on her way home, she met her mother and narrated her ordeal to her.

On Thursday, June 4, a formal report was made to Domestic Violence and Victim Support Unit (DOVVSU) in Cape Coast and police medical forms were issued for the girl to receive medical examination, treatment and counselling.

Friar was subsequently arrested after investigations.