From sculpture to graffiti: 7 must-see expos in France this summer 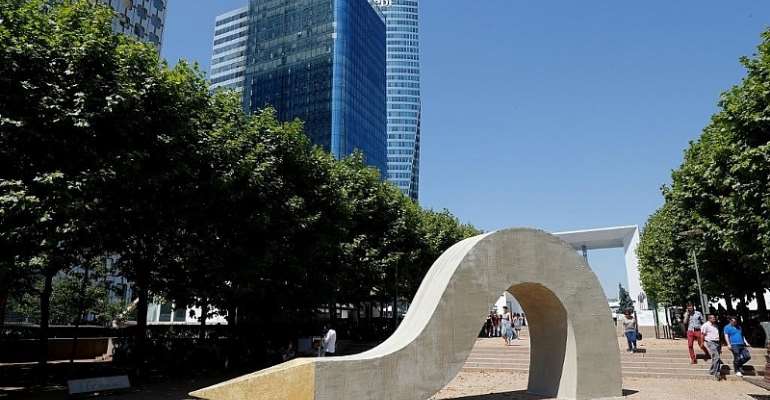 From the digs of Pompei to Kentridge's Soweto via giant flower sculptures and graffiti on cottage walls in Brittany, here are six exhibitions in venues across France which will have your eyes popping this summer.

With the summer vacation starting this weekend, art galleries and museums around France are once again open for business after a three month long lockdown period due to Covid-19.

From Africa to Italy Pompei via Lens, Marseille and Brittany, here are just seven of the many vibrant art exhibitions to inspire young and not-so-young visitors alike.

1. South African history in the making
The modern art museum of Villeneuve-d'Ascq, in the north of France, also known as LaM, is displaying the biggest ever restrospective by South African artist William Kentridge until 13 December.

Born in 1955 in Johannesburg, Kentridge's works act as commentary for the growing pains of his country from war, to decolonisation and apartheid.

2. Massive attack at La Defense
The third edition of Les Extatiques outdoor sculpture exhibition is now on in both Paris' modern business district, La Defense, and in the gardens around the nearby cultural centre La Seine Musicale until 4 October 2020.

Visitors have free access on foot to 69 outdoor sculptures, 20 of them huge, which were especially commissioned for the sites, by artists such as Fabrice Hyber, Elsa Shal, and Matteo Nasini.

The day the Flowers froze by Julie C Fortier and Screwd Harmonies are two examples of works calling on the senses, smell and hearing respectively, while Venezuelan artist Carlos Croz-Diez's piece instantly attracts the eye with its tall rainbow coloured panels reflecting the light.

3. Paint it black
The exhibition Soleils Noirs, or Black Suns, at the Louvre-Lens art museum in the north of France (Pas-de-Calais) until 25 January 2021, is made up of 180 works, mostly paintings, with a few drawings and film.

It demonstrates how artists grappled with the colour black, with all of its various symbolic meanings throughout history.

From Sandro Botticelli, Soulages, Edouard Manet, Henri Matisse, Carolus Duran, to Kandinsky, black was either an inspiration, or a challenge or something in between.

4. Cottage art in Morbihan
The little village of Pont-Scorff in Brittany's Morbihan department is mixing it up with a graffiti tour called Chemin faisant Imaginaires de Murs (Imagination on the Walls) until 20 September.

Contemporary artists Sébastien Preschoux, Lek & Sowat, Romain Froquet and Cristobal Diaz were given a 'carte blanche' to use their imagination on the walls and streets of this tiny Breton town.

5. Graffiti Pink lady in Marseille
Meanwhile, in Marseille, the energy and hype of the New York graffiti scene of the 1980s and 90s is to be discovered at the Château de Forbin, on the edge of the Calanques National Park.

Pioneers Rammellzee, Futura 2000, Dondi White, Martha Cooper, Kool Koor and Crash are on display of the walls of this fabulous palace.

The only female graffiti artist in the gang was Lady Pink. Sandra Fabara, by her real name was one of the first female tag artists in New York during this period.

6. Can you dig it? Pompei takes over Grand Palais

Paris' Grand Palais has been transformed into the Italian city of Pompei until 27 September.

Visitors can immerse themselves in the latest archeological findings which document the astonishing event that was the eruption of Mount Vesuvius in August 79 AD.

7. How low can you go? Charcot's adventures in Antarctica

Visitors can learn more about his two expeditions which sailed from Le Havre, Français in 1903 and Pourquoi-Pas in 1908 and see his ocean maps, weather charts and his contributions to zoological and botanical collections.