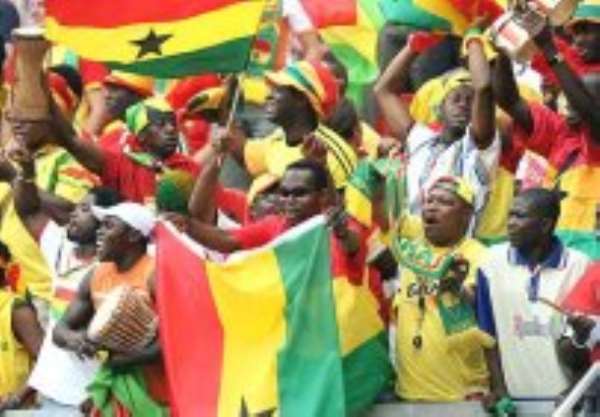 Ladies and Gentlemen, you are most welcome to this conference which has been organized to react to the false allegations made by the NDC Parliamentary Caucus on 12th July, 2006.

In the wake of the remarkable success of the Black Stars at the 2006 World Cup, it is unfortunate that certain persons believe that the only way they can draw attention to themselves is to make false and malicious allegations against the Ministry of Education, Science and Sports and other government officials.

I have read the statement by Hon. Abuga Pele on 12th July, 2006 which calls for an independent investigation into “serious allegations of misuse of government funds and other acts of abuse of authority by various government officials before and during the FIFA World Cup 2006 in Germany”.

It is very worrying that Hon. Abuga Pele, a member of the Parliamentary Select Committee on Youth, Sports, and Culture, who travelled to Germany for the 2006 World Cup will join the discredited Kweku Appiah to make malicious, reckless and false allegations against me, the Chief of Staff and other government officials.

I categorically deny these false, libelous and grossly negligent allegations. These allegations, first made by Kwaku Appiah an employee of the National Sports Council, are without any basis.

The said Kwaku Appiah, Abuga Pele and the NDC minority caucus have made these statements knowing them to be false or with reckless indifference to whether they are true and in the general belief that they would damage and injure my reputation and that of the government.

The claim that “the government financed 150 “serial callers” of the NPP during the just ended World Cup in Germany” has no merit. In all, the Ministry of Education, Science and Sports secured sponsorship and funding for eighty-six supporters for the World Cup.

Areeba sponsored twenty of these supporters and the government, at the request of the Ministry sponsored the remaining sixty-six.

The Honorable Members of Parliament, retired footballers, media practitioners, medical and security personnel, members of the National Supporters Union and public servants who went to Germany for the World Cup, with the support of the Ministry and the government cannot be described as NPP “serial callers”

Another claim by the NDC, that false documents were prepared by “some high government officials” to secure visas for so-called serial callers who posed as employees of the National Sports Council is also untrue and quite irresponsible.

Indeed, the said Kwaku Appiah, who is NDC's source of this allegation, is the only person who is known to have obtained a letter on 22nd May, 2006 as an employee of the Sports Council to apply for a visa to Germany. I challenge the NDC to provide any false document prepared by any so-called high government official to secure visas.

Again, I must also state that the NDC and Abuga Pele have no basis at all to repeat the careless statement that government officials took their girlfriends to CAN 2006 in Egypt in January this year in an attempt to malign us.

The only government officials who attended CAN 2006 were myself and Hon. Joseph Boahen Aidoo who was accompanied by his spouse and sponsored by Goldfields. I went alone, stayed alone and came home safely.

Other officials were from Parliament, the CAN 2008 Local Organising Committee and the Ghana Football Association. Nobody took any girlfriend to CAN 2006 at the expense of the state.

It is sad that we have had to spend precious time on these baseless allegations by a confused and discredited person like Kwaku Appiah who has recently stated that he made the false allegation against GFA members because according to him they were not handling Ghana Soccer properly. He claims he has apologized to me personally so he doesn't understand why I am still unhappy, more so when he never referred to me.

For members of Parliament of the largest opposition to believe these false allegations, repeat them and to state that, state resources should not be misapplied to sponsor party “serial callers” and girlfriends is beyond comprehension.

If these acts of the NDC are attempts to divert the attention of the happy people of Ghana and the international community from the success of the Black Stars at the World Cup, then it is very unfortunate and retrogressive.

We firmly assure the NDC that we shall continue to serve Ghanaians faithfully and diligently and call on the NDC to positively project the image of Ghana sports.