The Ewe Question: The NDC Had Taken Full Advantage Of Volta Region And Leaving Them Underdeveloped 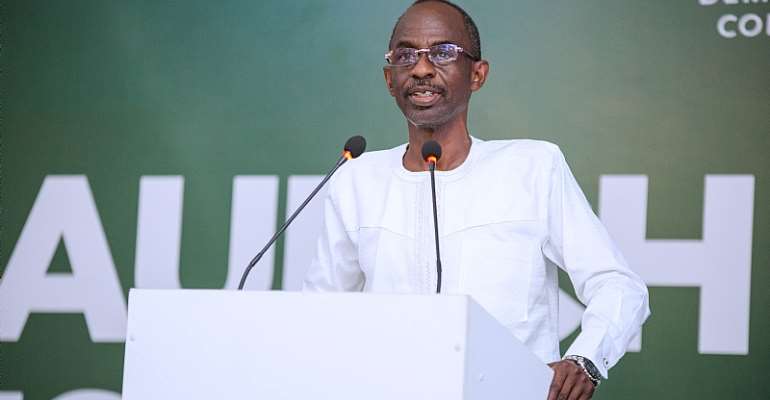 On the verge of independence, Ghana then Gold Coast was faced with a crucial question: whether the British Togoland will be willing to join modern Ghana or not. A plebiscite was held to decide on the matter and after the referendum, the majority of the Ewes decided to join independent Ghana.

Well, this history had remained with us for ages and it is about time we assess the progress of development in that part of the country after independence. The Volta Region can boast of the Volta River and a Lake and some rough mountainous terrain making the region a good tourist destination.

Since the beginning of the 4th Republic, the region had remained the stronghold *(World Bank)* of the National Democratic Party (NDC) voting massively for the party without any slight consideration. First, it was the former President Jerry John Rawlings, who people think hailed from the region so it was usual for the voltarians to give him their support. But soon, everything appears that the region had become an NDC region and votes from the region in the general elections continue to point in one direction.

The ruling party, the New Patriotic Party (NPP), stagger in votes in the region in every general election. Barely are they able to get a Member of Parliament slot from the Volta let alone increasing their vote numbers in the presidential race. *It is very conclusive that NDC had harnessed the region for their political gain*.

The voltarians (as we affectionately called them) are not great business people or commercial oriented but have deep representation in the civil and public service of Ghana. Many of them had obtained some significant level of higher education and contributed their quota to Ghana’s development in the public and civil sectors of Ghana’s political, economic and social environment. In short, we can easily refer to the region as a region of intellectuals.

The current Auditor General of Ghana (who had been asked to proceed on accumulated leave by the president) Daniel Domelevo, hails from the region. Interestingly, many of these well-meaning intellectuals do not reside in the region but live outside and visit occasionally. *This has left the region with core indigenous people who might lack the needed capacity to crave for their share of the national cake*.

Well, it will interest you to know that the region is one of the poorest in the country with a significant level of poverty ravaging the population. The area is saddled with serious underdevelopment with poor road, health and educational infrastructure. Poor housing and lack of commercial activities make the region unattractive to investors and other business opportunities. Despite the mountainous terrain, more opportunities exist for the development of the hospitality industry and other core businesses. But this is in the negative as Hohoe and Aflao had remained the only commercial centers.

Fortunately for the region, their love for NDC had span throughout the 4th Republic. The region had remained loyal to the NDC since 1992 and continues to show their unwavering support. Well, the NDC had had the opportunity to serve Ghana for sixteen (16) years and people’s expectations were that the NDC will have transformed the region in such way to show their immense gratitude. It is rather the opposite that the NDC had not done much to show their profound appreciation since their election fortunes are tied to the apron of the region.

The level of underdevelopment and poverty in the region betrays the bond between the region and the NDC party and every independent-minded person will conclude without mincing words that the party had taken the Volta Region for granted and for cheap merchandise. The party had also taken the advantage of the history of NDC with Jerry John Rawlings to draw votes from a region they do not hold any form of proper allegiance. At least the voting pattern in the region should correspond with the level of development.

No one will grudge them for their pattern of the vote, but we can caution them about the trend and how their alliance to one party had not yielded any form of development. It is very alarming and the future development of the region might forever remain in the shadows should it continue the same way for decades. If history is guiding them negatively, then it is about time they say goodbye to any form of past antecedent and embrace the reality of globalization where development is the hallmark of every society. They must start rethinking their bond with one party and start looking into the future where underdevelopment and poverty will become a thing of the past.

A word to the wise is enough. I will be back.