SC Verdict- NDC Vs EC: The Competent And Reconstructive Approach To Sustainable Democracy 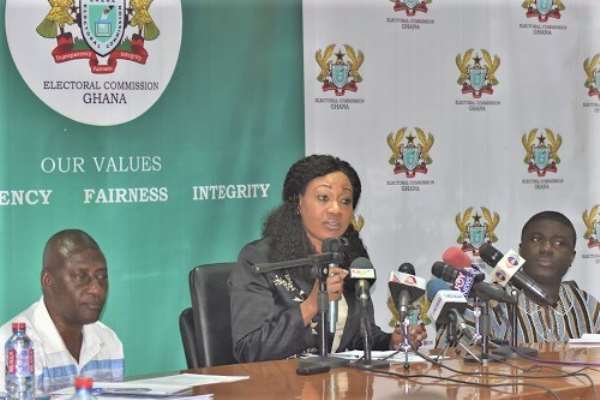 [Accra, June,29th] Thursday 25th June 2020, is a day that will go down in judicial history as a day that the Justice Anin-Yeboah-led JSCs made a ground-breaking ruling. The Supreme Court gave a verdict that is competent, reconstructive, and democratically sustainable.

By this verdict, JSCs have reinforced the learned attribute of the bench and the independence of the Judiciary.

The competent nature of the verdict is that a simple question to the Jean Mensah led Electoral Commission forced the Commission to unravel her own operational inefficiency of issuance of Voter ID Card with CI-12 from 1992 to 2012 i.e. since the inception of the 4th Republic. The EC was therefore intellectually persuaded to present self-incriminating evidence of its own operation. Any intellectually honest Ghanaian would have been surprised if JSCs had not unanimously dismissed the use of the old voter ID card.

There is no ambiguity in the verdict and if anyone is in doubt whatsoever, then the individual may not have yet understood the masterful communication and propaganda machinery of the NDC. The same NDC MPs in Parliament in 2017, unanimously legislated against the Old Voter ID card per NIA Act 950. So the Voter ID Card and NIA Card are mutually exclusive. It takes craft to boldly present to SC and still be able to create doubt in the minds of most Ghanaians.

I respect that craft but I hold the belief that when positively used for the nation, Ghana can beat the pressure from our international development partners.

Another competent verdict had to do with birth certificates as determinants of the citizenry. There is no need to belabor the point of birth certificates being as easy to acquire as houseflies around decomposing bodies. It was tricky for the SC itself but was competently dismissed by upholding CI-126.

It was exciting to see the JSC attempt reconstruction via the granting of reliefs 2 & 3 which concerns the right to vote as a Ghanaian; a citizen has an accrued right to vote which cannot be divested in an arbitrary and capricious manner. However, these reliefs were granted by the court subject to the use of CI-126 which has been legislated for 2020 elections. The CI-126 is a reconstructive mechanism for the issuance of a more credible Voter ID Card for the subsequent creation of more credible New Biometric Voter’s Register for 2020 elections. So the JSCs were absolutely spot-on when Relief 7 unequivocally states CI-126 is authorized and cannot be faulted.

In sustaining the democracy of the government, the Justice Anin Yeboah-led SC verdict offered consequential reliefs to uphold the 1992 constitutional provisions and to bring sanity in the lower courts in handling Voters Registration issues against EC; more importantly for Ghanaians to have a free will and the Electoral Commission to exercise their respective constitutional rights without fear or favour.

If some Ghanaians are still confused about the verdict of SC, the same should appreciate how IPAC had to deal with the masterpiece communication craft of the NDC. The predicament of the Jean Mensah led EC has been exacerbated due to the circumstances leading to the appointment and the complex change management handling of 28 years old culture of operations at the EC. Thank God the thought of civil war on this matter has subsided.

The JOY2020 team would like to encourage all Ghanaians to go and massively register so they have the opportunity to vote out NPP and NDC in the 2020 December elections. For the 2020 elections should be a new beginning for Ghana. The Electoral Commission should also ensure that the mediocre application of Political Parties Law Act 574 and Constitutional Provisions of Article 55(7) & (14) are applied to complete the change management process of its constitutional mandate without persuasion from the Courts.